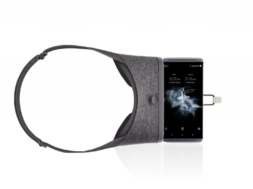 ZTE announced today that the Axon 7 smartphone is now compatible for both Android Daydream and Nougat, meaning you can use the phone on the Google View VR headset.

“Delivering Android Nougat for the Axon 7 provides consumers with an enhanced experience and greater value when purchasing this flagship device,” said Lixin Cheng, chairman and CEO of ZTE USA. “Also, with Daydream certification, consumers are now able to have an immersive VR experience at a price they can afford when paired with the Daydream View headset.”

The Axon 7 smartphone, manufactured by ZTE, was first released in July of 2016. The company has been working diligently to make the phone VR ready for Google’s mobile virtual reality headset, the Google Daydream View.

The phone is currently available on Amazon for $394.97 which does make it substantially cheaper than the Google Pixel which starts at $649 on the Google Store. The two phones provide similar specs.

If you’ve been wanting to make an entry into the mobile VR headset world, Axon 7 might be worth a gander.