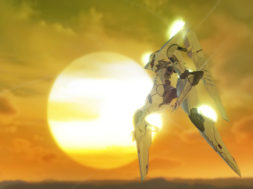 Konami made an announcement at this year’s Tokyo Game Show that they’ll be bringing Zone of the Enders 2 (ZOE) to PSVR next year. ZOE is one of the highest rated mech games to ever launch on PlayStation and will be bringing back that exhilarating thrill to the VR platform.

While not much detail was revealed about the upcoming game, we got a chance to see the trailer and it looks incredible.

You’ll once again be able to pilot the customizable mech robots to defeat your opponents on the futuristic battlefields. You’ll be able to wield familiar and new weapons that’ll be used to shred the other mech units.

“All visual and aural elements have been remastered for native 4K resolution, and the action has been similarly improved with the game experience being ported to VR,” said Konami in a press release. “As such, the new game retains the unique and beautiful visuals of the original title, but boasts textures in updated 4K while using surround sound techniques to offer layered and immersive audio effects.”

Zone of the Enders 2 will have brand new sound design which includes something called “next-gen surround sound.” This will allow players to relive the story in a new perspective.

Zone Of The Enders 2: Anubis Mars will be coming to PSVR next spring, 2018 so make sure to keep your eyes peeled as it’ll soon make its debut. The game will also be making its debut on the PC.