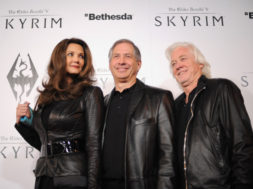 Oculus is once again facing problems on the VR front with Bethesda’s parent company, ZeniMax, filing an injunction to prevent Oculus from using the found “infringed code,” in the Oculus Rift VR headset according to Law360. The injunction was filed on Thursday at the same court where the IP lawsuit was first held, in Dallas. If the court approved this injunction, Oculus will be facing big consequences where they would be limited to a certain capacity as their PC SDK for Rift and mobile SDK for Gear VR use the core VR code.

The court has previously awarded $500 million to ZeniMax from Oculus from the recent IP infringement lawsuit. An Oculus spokesperson has stated, “”ZeniMax’s motion does not change the fact that the verdict was legally flawed and factually unwarranteds We look forward to filing our own motion to set aside the jury’s verdict and, if necessary, filing an appeal that will allow us to put this litigation behind us.”

If the ball rolls in ZeniMax’s favor once again, you could see a depletion in VR games and experiences available on the Oculus Rift, which would halt the progress that Facebook is trying to make in VR with Oculus. The company has invested well over $3 billion in trying to grow the virtual reality industry with the Rift headset. This will be another big hurdle that Facebook owned Oculus must overcome.

If the injunction were not to pass through the Dallas court, ZeniMax has asked to share the revenues derived from products incorporating its intellectual properties, asking for a 20 percent cut for a minimun of 10 years. ZeniMax believes the awarded sum of $500 million is insufficient incentive for Oculus to cease infringing.

A California based IP lawyer, Mark Romeo, who is not involved in the case stated this injunction will create, “incredible amount of pressure on Facebook to enter into some sort of settlement.”