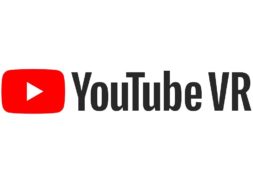 YouTube is the go to video platform where we see Vloggers and content creators host their videos. This includes traditional content with 360 immersive content. And with the recent announcement of Oculus Quest, Google is looking to bring YouTube to the newest upcoming VR platform.

Google said the following in regards to the launch of YouTube VR to the Oculus Quest.

“YouTube is where people go to experience VR videos. With over one million VR videos and experiences, YouTube VR offers a diverse library of immersive content for everyone to enjoy and explore the world from a new perspective.

But to make VR for everyone, we have to continue breaking down barriers on how people create and watch VR content on YouTube. To do this, we’re focused on offering YouTube VR on even more platforms, celebrating award-winning VR content and improving creator education programs.

Since the initial launch of the YouTube VR app in November 2016, we’ve been focused on bringing the app to as many people with a VR headset as possible. It’s already available on Daydream View, HTC Vive, Playstation VR, Samsung Gear VR, Oculus Go and Oculus Rift. And when Oculus Quest becomes available on Tuesday, May 21, the YouTube VR app will be available as a launch title.”

YouTube has been a prominent source for hosting 180 and 360 VR content. They will be bringing their platform with the launch of the Oculus Quest for free.