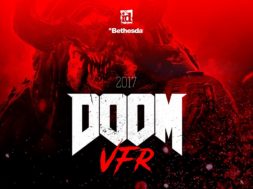 Well, that was quick. A new SteamVR Beta Update (1512101170) allows Rift users to play DOOM VFR on their devices now. This has come as a quick change since the release of the VR game a few hours ago where Oculus Rift users weren’t able to play the game. There were many people frustrated about how Bethesda didn’t have DOOM VFR be compatible with Rift devices but now with a few workarounds you can actually play the game.

The update states “Added placeholder hidden area mesh for Rift users as a work around for DOOM VFR and other titles experiencing launch issues.” 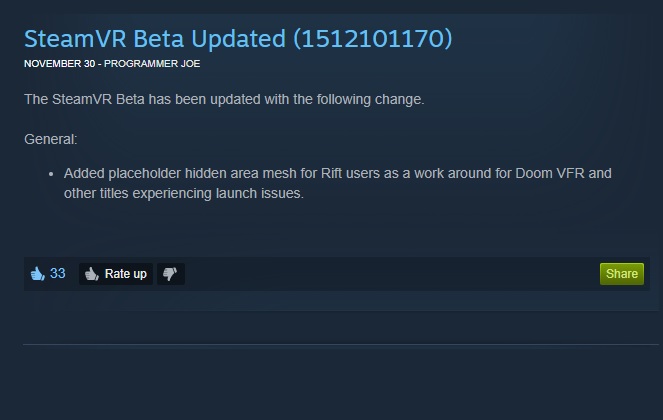 The game is available now on Steam for $29.99. But it has already stacked up a lot of mixed reviews. Many people are finding that the lack of smooth locomotion in DOOM VFR is a bit frustrating while using the Vive wand. We don’t really know the reason why but it is not available on the PC VR version with the motion sensor controllers.

However, smooth locomotion seems to be available on the PSVR version. You can see in the video below how you are able to move around without the need of teleporting.

Overall, this is good news for Rift owners as they will be able to enjoy the same game as HTC Vive users. Let us know your thoughts on DOOM VFR. Is the game worth $29.99 in your eyes or will you wait for titles such as Fallout 4 VR?