You Can Now Watch 360 YouTube Videos On The PlayStation VR 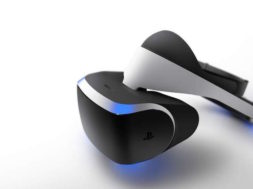 You Can Now Watch 360 YouTube Videos On The PlayStation VR

YouTube is one of the largest platforms for 360 VR videos. Many people turn to the site to find the latest 360 content. And for those who wished to watch the videos in VR had the ability to do so using mobile VR headsets such as the Samsung Gear VR, Google Cardboard, and the Daydream View. But now, PlayStation VR joins the list of compatible headsets for experiencing 360 videos on YouTube.

“The latest update – released today – adds support for YouTube’s rapidly expanding library of virtual reality videos, allowing PS4 and PS VR users to once again step beyond the screen and explore detailed 360° worlds as though they were standing right there.” – PlayStation

The latest update for the PS VR headsets will grant you access to YouTube’s platform and access it’s large library and collection of 360 videos. You’ll find hours and hours of 360 content. You’ll also find both amateur and professionally created content. If you’re an owner of a PS VR we highly recommend you checking it out.