YJM Games From South Korea Invests In To The VR Fund 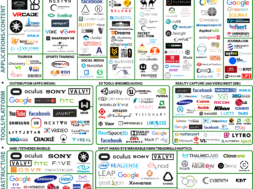 YJM Games From South Korea Invests In To The VR Fund

The Venture Reality Fund is a VC organization that invests capital in the growing VR and AR industry. Led by Marco Demiroz, Tipatat Chennavasin, and Hironao Kunimitsu, they have created a firm infrastructure on helping and guiding startups in the new space. The Venture Reality Fund is also a part of VRVCA (Virtual Reality Venture Capital Alliance) which is a global investment consortium which has $15 billion in amount of deployable capital for the VR industry.

YJM Games, a South Korean company, has recently invested in the VR Fund to work with upcoming companies and VR games. They are the first South Korean company to invest with The VR Fund. “They are our first investor and partner in South Korea and have great pedigree and presence in the country, which should play a very important role in VR/AR markets, as it did for the mobile ecosystem,” said Marco DeMiroz, general partner at The VR Fund.

“We are very pleased and honored to have YJM Games as our first partner in Korea,” said Marco DeMiroz, in a statement. “In terms of the VR and AR market size, we believe that it is a good opportunity to communicate innovative VR and AR content through the alliance with YJM Games in major Asian markets, while also promoting Asian VR and AR content to the global market.”

The VR Fund has invested into companies such as Sliver.tv, Visionary, Owlchemy, and TheWaveVR. Y.J. Min, CEO of YJM Games, said in a statement, “We have participated in this fund limited partnership with the best expertise in VR around the world. I hope to grow together.”

Formed in 2016, the VRVCA is a close-knit membership comprised of 42 of the top Virtual Reality Investors in the world. We believe that VR is a transformative technology that will revolutionize entire industries, one that will leave a lasting impact for many future generations to come. In order to achieve that dream, we are working tirelessly to ensure that the VR startups today get the resources they need, so that they can grow into the industry titans of tomorrow.