Do you ever just want to smash something to smithereens? Turns out you’re not alone in this cathartic fantasy…

Bistro Basher, Wonderglade’s latest mini-game, lets you “enjoy a dinnertime tantrum without anyone expecting you to pay the bill afterwards,” said Tommy Palm, CEO and co-founder of Resolution Games.

“Few things in this world are exquisite as fine dining and French cuisine — but we think smashing all of that fancy fare can prove even more exciting than eating it.”-Palm

Wonderglade is the creation of VR studio Resolution Games, based in Stockholm, Sweden. The company prides itself on creating accessible, fun games that everyone can enjoy. The game’s hypnotizing, candy colored theme park world is alluring and addictive to adults and children alike.

Wonderglade was first introduced as part of Google’s launch line-up for Daydream in November 2016, and due to its winning popularity, has since gone on to include the introduction of new mini-games and the addition of pass-and-play. Yesterday’s update will be the largest addition of content to date!

“If there’s one thing our players have been asking for, it’s more content,” said Palm. “With today’s update, we’ve doubled the amount of fun you can have in two of our mini-games, and we’ve created a whole new experience for players with Bistro Basher.” 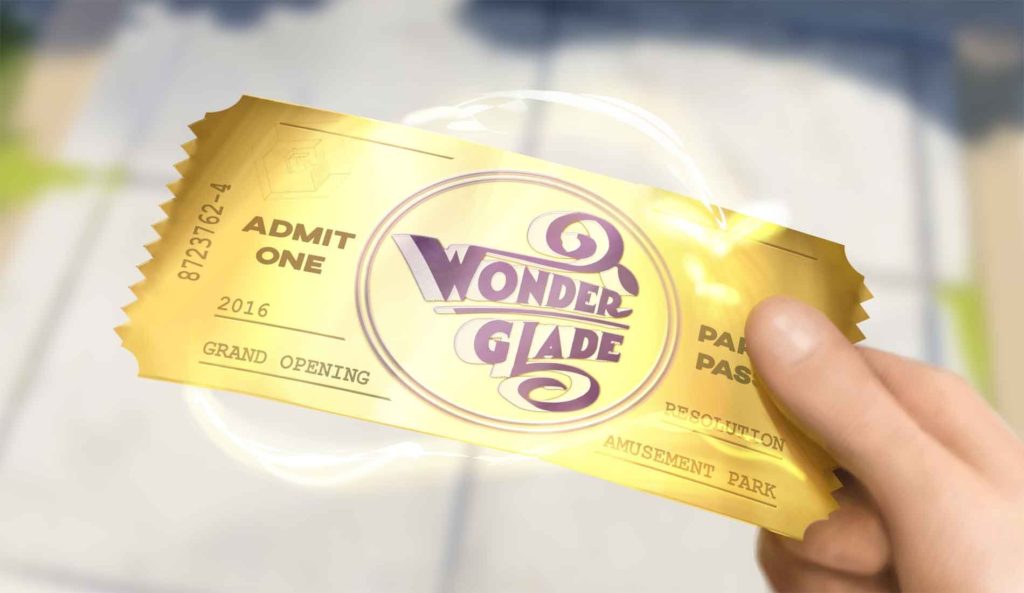 The company announced that yesterday’s update features three new tracks to Tip N Tilt Racing and nine new holes for Tiny Tee Golf, available as content packs from within the game. Additionally, Wonderglade has been localized for Korea, Japan, and China.

Wonderglade is currently available as a free Google Play download. Yesterday’s new content packs can be accessed individually through in-app purchases of $2.99, or purchased collectively as a bundle for $3.99.