Could Witcher 3 Be A Viable Port To VR For Oculus Rift And HTC Vive? 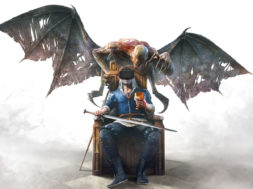 Could Witcher 3 Be A Viable Port To VR For Oculus Rift And HTC Vive?

With the recent success of Skyrim VR on the PlayStation VR, HTC Vive, and Oculus Rift, it’s not hard to imagine other great RPG games coming to the virtual reality platform. There are so many award winning games out there that we’d like to see and experience in VR including GTA V, Final Fantasy XV, and more. However, none is more intriguing than the thought of Witcher 3 on the Oculus Rift, HTC Vive, and PlayStation VR.

Witcher 3 was one of the most magical games I had the pleasure of experiencing. With its amazing storyline, characters, and environment, the thought of playing as Geralt of Rivia in VR is almost overwhelming.

Developed and published by CD Projekt Red, the game provided hours upon hours of experience including the amazing DLCs that kept driving the storyline. You got to battle evil looking monsters, vampires, the undead, beasts, and griffins all across the world.

Witcher 3 also provided many fun and exciting mini-games that just added to the fantasy lore. Witcher 3 was first released in May of 2015 and has lasted through the test of time where many users continue to play the game, similar to Skyrim. CD Projekt Red has even gone on to create a standalone card game called Gwent which was first featured in the game.

Unfortunately, Witcher 3 in VR is just a wishful thought for now. Marcin Iwiński, the co-founder of CD Projekt Red recently mentioned in an interview that they are “observing with interest (the virtual reality market). Iwiński also said that, “if VR can help us, we’ll definitely consider it.”

Hopefully, Witcher 3 VR is something that CD Projekt Red is considering as it’ll definitely make ripples in the community and help people re-experience the magic of the game in the virtual world.

tags: cd projekt red geralt of rivia Marcin Iwiński witcher 3
previous This Is What Elite Dangerous Looks Like On The Pimax 8K Headset
next Is This The Incredible VR Game Show We've Been Waiting For?
Related Posts