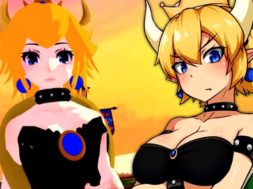 It’s been awhile since we last heard anything about VRChat and its community. The social VR app has been one of the most popular platforms in virtual reality where people can dress up in a plethora of avatars and become whoever you want.

VRChat got especially popular after the the Ugandan Knuckles meme came to life on the platform. But ever since then, we haven’t heard much about the community and what’s been happening on the social VR app.

But it seems as though VRChat is still being used by a large community as we see popular YouTubers such as Zylbrad making original content on the platform.

We’re also seeing the increase in unique characters such as Bowsette who provides some fun and entertainment in the virtual world. Check out the video with Ryan Powell below.

Community members are continuously creating more avatars and maps for everyone to explore. The devs have also been continuously making improvements on VRChat with the most update 2018.3.2p1 fixing the full-body tracking error.

VRChat is still free for everyone to use and continues to be a light for the virtual reality community when it comes to popularity.