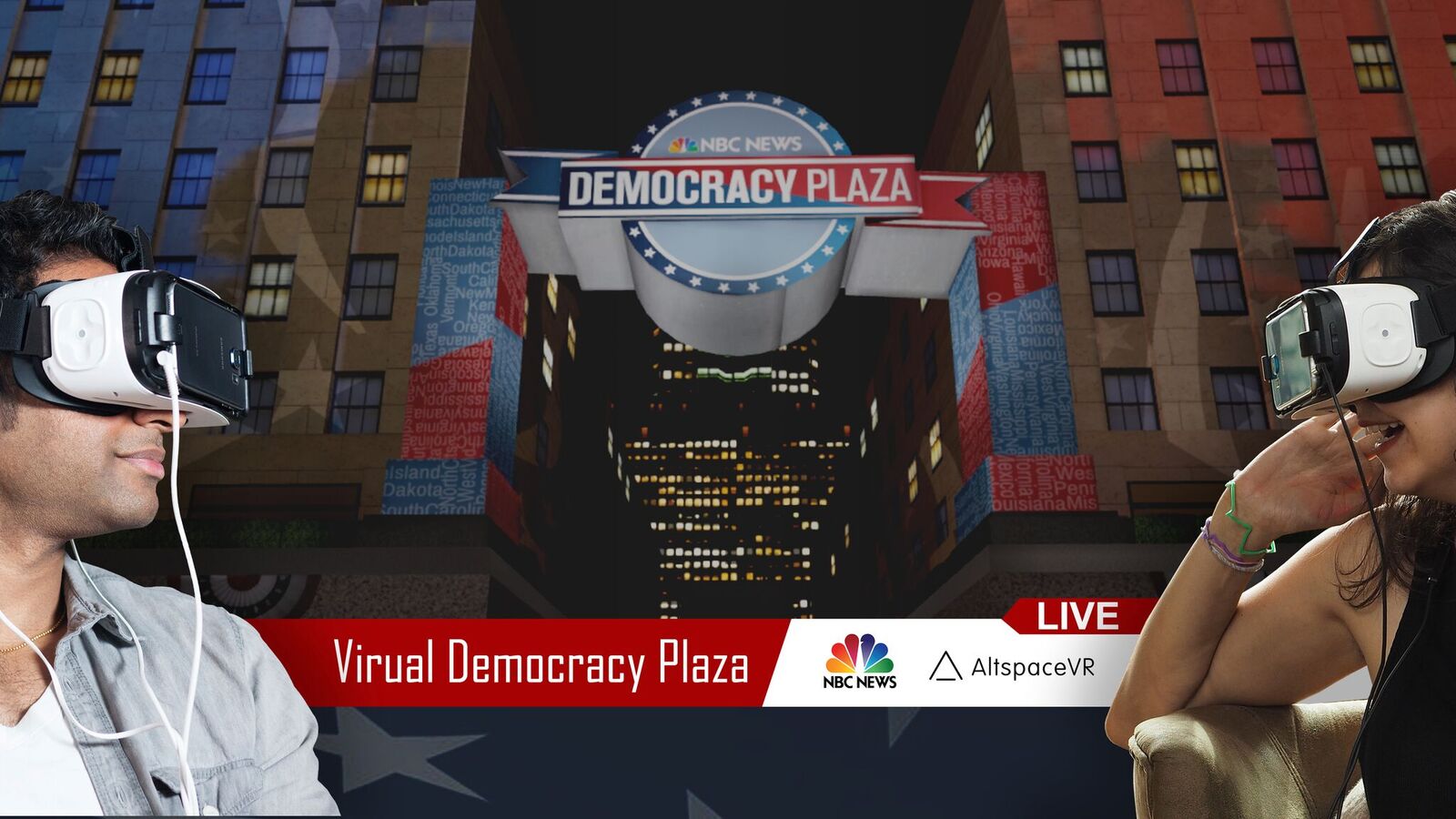 The presidential debates taking place tonight is speculated to garner an audience of around 100 million people. Every major network ranging from CBS, ABC, Fox News, CNN, MSNBC, Univision, and C-Span will be broadcasting about this event. Even the social media companies such as Twitter, Youtube, and Facebook will have a hand in broadcasting the presidential debate. And for the first time this year, you can tune in to this broadcast in VR.

Through the power of AltspaceVR, you can join and even host your own watch parties with NBC News in virtual reality. You’ll have the ability to interact with friends, strangers, fans, and people interested in the elections from around the world. And for those VR users tuning in, they’ll be able to observe and take in to consideration people’s perspective from different parts of the country and the world.