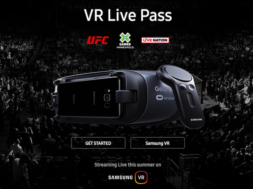 Earlier this year Samsung announced that they’ll be bringing live shows on to the Gear VR for viewers to watch upcoming events in 360 VR. In the announcements included the following events:

The Aldo vs. Holloway fight was a spectacle to see through the Gear VR headset. Now, fans can expect another immersive viewing experience by tuning into X-Games Minneapolis taking place on July 13th through the 16th.

Through Samsung’s mobile VR headset you’ll be able to catch the world’s best BMX riders and skaters, including Jimmy Wilkins, Chad Kerley, and Jagger Eaton, and more as they compete for X-Games Gold in the extreme sports world.

Samsung Gear Live Pass is free for people who already own the VR headset. Samsung has stated that live stream via Gear VR may vary by country and are subject to change. So make sure to check Samsung’s page.