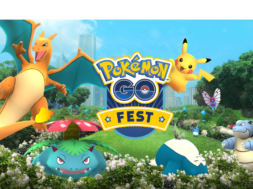 It hasn’t quite been announced to which Legendary Pokemon will be popping up but Niantic has guaranteed it will be something special as long as the trainers manage to catch enough Pokemon during the Fest Challenge Windows.

Make sure to tune-in to the header livestream and see if you have a chance today to catch the Legendary Pokemon.