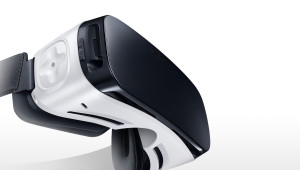 Traditionally, we watch Hulu on the internet through a PC or tablet. But Hulu and Samsung decided they wanted to add a little more flavor to how we watch Hulu. So the two released Hulu on the Samsung Gear VR. Now you’ll be able to enjoy Hulu in a virtual reality world, watching your favorite movies and TV shows.

There seems to be more and more interest growing in the VR world by big companies. They seem to want to integrate someway somehow to the virtual reality world. So this is the current answer for Hulu, which allows you to stream big named networks such as NBC and Discovery.

While this isn’t the most extraordinary thing to happen in the current VR community, it’s a step forward in integration to the virtual reality platform.

It might be worth a try to experience what it’s like to stream movies and videos in a virtual reality world.