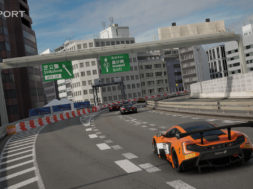 Gran Turismo has always been a stable game for PlayStation users. It offers realistic driving experiences where you get to drive some of these rare supercars in an environment that’s usually only suited for professional drivers. PlayStation recently announced that the Gran Turismo Sport PSVR will be releasing on October 10, 2017.

Also, Gran Turismo creator Kazunori Yamauchi feels that PSVR and VR in general currently lacks the ability to house a game like Gran Turismo. In a recent interview Yamauchi stated, “I’d hoped it would be something more incredible than it is today.” At some of the recent demo events featuring Gran Turismo Sport on PSVR, testers have noticed themselves geting dizzy or feeling sick while playing the game. Yamauchi feels that VR currently lacks dimensional size and refresh rate to null these side-effects. However, to counter these measure he offers the following advice.

“If you’re driving carefully, staying on the track, driving as you’re intended to, you won’t get sick. As long as you keep the car under control, you’re fine,” said Yamauchi. “But if you run off the track or spin out, you’ll get sick. It’s the same as in a real car. You can’t avoid it. If you spin out a real car….”

Gran Turismo Sport PSVR will be here soon. What are your thoughts on the new trailer. Will you be playing the game in virtual reality?