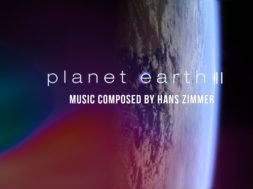 Hans Zimmer is one of the most iconic music composers of our lifetime. He has worked on countless blockbuster hits such as Interstellar, Gladiator, The Dark Knight, Inception and many more. And throughout all of these movies, it has instilled the emotions and feelings throughout the iconic scenes. And personally, without his music compositions, I would find some of these movies to be less enjoyable.

Recently, BBC partnered up with the famous music composer to create the soundtrack to Planet Earth 2. And in a rare glimpse, BBC has provided us a way to catch the making of his latest soundtrack in 360 VR. In the video, you can observe the orchestra creating the beautiful masterpiece with raw emotions dispelled by the talented musicians.

The setting of the location seems to be inside an older cathedral like building which does a well job in capturing the essence of the magic. The orchestra looks to be made up of around 40 members with most of them playing a stringed instrument. Hans Zimmer in the recent times has been known for his loud tuba sounds but this soundtrack looks to sway the other way.

The combination of Hans Zimmer with Planet Earth 2 seems organic and meant to be. The documentary captures the beauty in life and our planet and Hans Zimmer goes on to put the cherry on top in delivering that message. We hope you enjoy the 360 video and get a little flavor of what it takes to create such a beautiful composition.