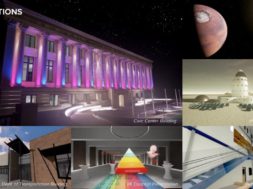 This week, we had the opportunity to interview Jack Nelson, CEO and Founder of VRidian, a Denver-based, VR Architecture startup. With clients from ranging from 5-year-old girls to 65-year-old architects, Nelson says their platform on the HTC Vive is easy, intuitive, and intended for all demographics. Check out our Q&A below!

How did VRidian Ltd get started?

I’ve always been interested in technology – particularly when it involves video games.  I actually had one of the original Nintendo Virtual Boy VR headsets growing up as a kid.  When I was in high school, I got into video game modding and understanding the inner workings behind how games were made.

I started studying architecture in 2013 after a tour in the Navy. This was right around the time that the first Oculus development kit came out.  I was lucky enough to get to try a DK1 out at Denver Comic Con that year and immediately connected the dots between video game development, virtual reality technology and architectural design.  I purchased an Oculus DK2 for myself and, after a couple of years of intermittent fiddling around with it, I got the opportunity to propose a research internship to a local architecture firm – Humphries Poli Architects.  During that internship, I built the foundation of what VRidian offers today.

Who are your founders?

Sokol Binakaj, a fellow graduate of the CU College of Architecture and Planning, Channing Williams, a soon-to-be CU grad with a focus on mathematics and computer science who also served in the Navy with me, and myself.

How did they get involved in the VR industry?

I proposed the idea of starting a company with them over drinks at the Tivoli Student Union on the Auraria Campus.  I knew that their backgrounds and demeanour would be a great compliment to what I brought to the table and that they would be able to pick up the required skillset quickly, be able to work lean and get the job done.

The VRidian team uses a background in architectural design and computer science to offer expert-level consultation and development in the emerging field of virtual reality.  We help our clients understand VR and how they can use it as a tool to add value to their business.  Our virtual reality development services use a combination of VR hardware and software to provide custom solutions that suit clients’ needs while being mindful of their budget.

Eventually, we see ourselves leading the charge to craft the new spatial paradigm that is virtual reality.  We’re on the brink of a new architectural epoch with this technology which will necessitate the creation of virtual architectural spaces which elegantly serve a function for their users much in the way that traditional architecture has for thousands of years. 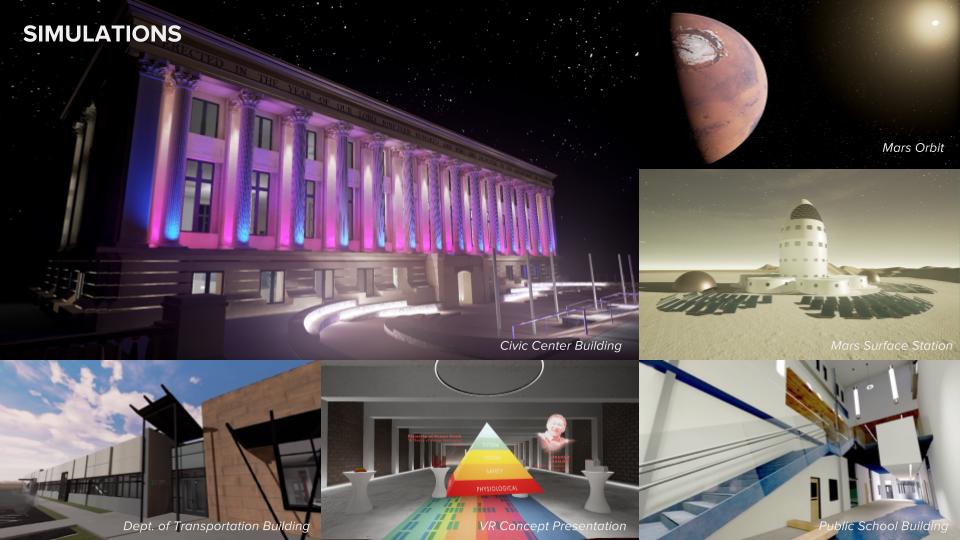 What can VRidian Ltd accomplish that competitors can’t?

Our architectural background gives us an intuitive understanding of how people relate to spatial environments.  This gives us an edge not only when speaking with our traditional architecture clients, but also when considering how to develop virtual spaces that human beings are meant to enjoy and interact with.

How do you see your solution making an impact in the VR industry?

Our “architecture virtualization” services offer greater communication during the design process, which ultimately leads to better buildings.  We believe the tremendous value that this offers will drive the legitimization and adoption of the technology that will be desperately needed for VR to become accepted in the mainstream.

We believe that virtual architecture will disrupt not only traditional architectural paradigms, but also how humans interact with technology in a way similar to how graphic user interfaces changed how we interact with computers – and that’s the game changer that we’re really looking forward to.

What is unique about your technology?

The most unique aspect is the people behind it.  The software (Unreal Engine 4, Unity, 3ds Max, Autodesk Revit, Substance Designer, Autodesk Live) and hardware (HTC Vive, Gear VR, 360 Video) is available for anyone to develop with.  What we offer is an understanding of the architectural process and how to illustrate the story of architecture through the lens of the technology. 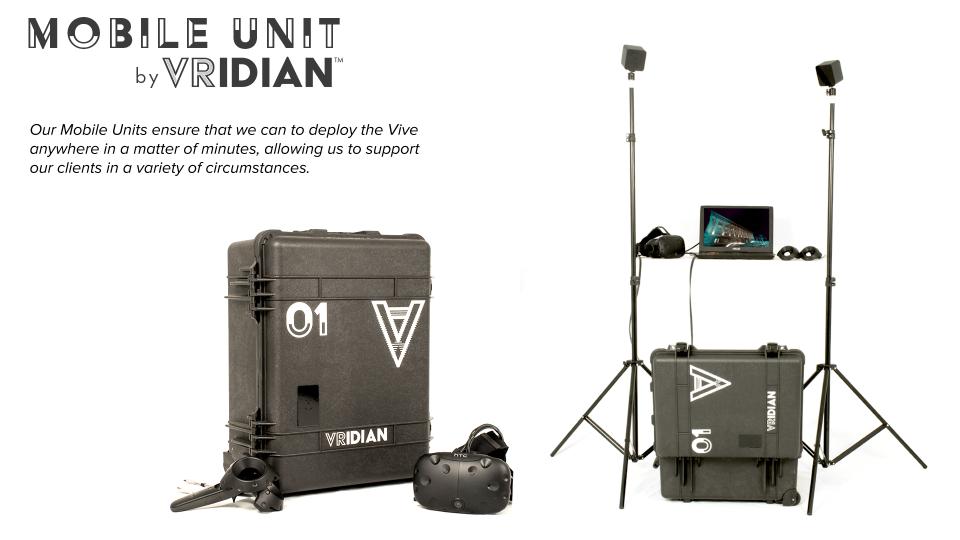 Who are your greatest competitors?

I have a great deal of faith in the insulation provided by our background, expertise and creative skill, so I don’t necessarily fear any direct competition with our core business any time soon.  Certainly other folks coming up behind us will be able to apply the same background to the technology, but we have a significant experience lead which they’ll have to catch up to.  We’re thrilled to see continuing development in the field and our ability to offer consulting to clients means that we are quick to embrace new solutions as they come.

That said, there are a few services and companies which will have an impact on what we do, and will likely force us to pivot in the future.  Autodesk’s Live offers push-button cloud based VR service to clients.  However, Live, which is powered by the Stingray engine, is incapable of capturing the subtle nuances of a project that only a studied eye with the best technology will know how to illustrate.  One group we look up to is Jon Brouchoud’s team Arch Virtual.  Jon is one of the first architects to understand the value proposition of VR as it applies to architecture and his team continues to innovate.

Who is your target audience?

We’re willing to consult and provide training to anyone who’s curious about how VR can add value for them.  Our “architectural virtualization” services are primarily intended for stakeholders in the architecture, construction and real estate industries.  With our “virtual architecture” service, we’re hoping to provide design and development services to clients as diverse as those currently served by traditional architecture.  Imagine if your Etsy store could be a physical space that your customers could visit at a virtual kiosk at a mall? Imagine if Wikipedia were a place that you could go to learn and interact with just like you would at the Smithsonian!

Where do you see VRidian Ltd in two years from now?

We’re building our architecture client base steadily.  We hope to help fellow start ups get a leg up on their established competition by offering our services as part of their design proposals.  This year we’re planning on experimenting with the groundwork of our “virtual architecture” and we will be searching for ideal candidates that would be receptive to sponsoring the endeavor.  In two years, I hope we’ll be in a position to grow our team and take on more and more projects.

What do you think about the future of VR?

I think this generation of technology has really evolved in a perfect storm of circumstances which will allow it to establish itself in the mainstream and finally become sustainable.  VR has had many “false starts” over the course of the past thirty years and it’s popularity has ebbed and flowed as a result.  I think we’ve finally crossed that threshold, but we’ll need to have folks with vision who are willing to lead the charge in order for the technology to ultimately be successful and have a sustained, positive impact.

What kind of tool would you classify VRidian Ltd as?

We are a design, development and consultation service.

What devices are compatible with your technology?

We primarily develop for the HTC Vive but are capable of developing for many platforms, including Oculus Rift, Samsung Gear VR, Google Daydream and Cardboard and Youtube 360, should the project call for it.

We’re very energized to be part of this rapidly growing community, and we want to encourage anyone that’s interested in learning about the application of VR or chatting about it to reach out to us.  We helped found a meetup group, AR/VR Play Place, with other AR and VR entrepreneurs in the Denver area so that people would have a forum to engage with the technology and the folks that are working on it in in a fun and social setting.  Our next meetup is April 20th at at the The Commons on Champa in Denver, and we hope to see anyone who’s interested there!

previous BeefeaterXO: First Ever VR Story Nominated for Tribeca X Award
next Nvidia Has Announced That Their Pascal GPU Drivers Will Be Available For The New Mac Pro
Related Posts