These VR Stories Have All Been Nominated For Emmys 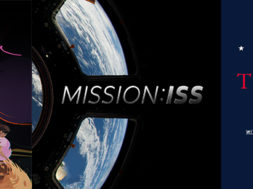 These VR Stories Have All Been Nominated For Emmys

This year’s Emmys are almost upon us where the best of the best are heralded a trophy for providing us with compelling stories and experiences. During the 69th Emmy nominations, some familiar names and VR studios have been nominated under the “Outstanding Original Interactive Program” category. The nominees include Oculus for Dear Angelica, Mission: ISS, and Felix & Paul Studios for The People’s House – Inside The White House With Barack And Michelle Obama.

Last year, Henry brought home VR’s first Emmy Award which was produced by Oculus Story Studios (recently shut down). This year, there seems to be a lot more stories in the VR community that’s receiving the much needed attention.

For those of you unfamiliar with the nominated titles, here’s a quick breakdown. Dear Angelica takes you on a journey through the magical dreamlike ways we remember our loved ones. Entirely painted in VR, Dear Angelica plays out a series of memories that unfold around you where you get to visit Angelica’s memories of her mother. The story stars Geena Davis and Mae Whitman.

The People’s House – Inside The White House With Barack And Michelle Obama by Felix & Paul Studios allows you to follow the former president and first lady throughout the historical building where they share their favorite memories. You’ll get an inside-look at the presidential building and hear some enjoyable stories from the iconic figures.

Coincidentally, you can see that the three nominated experiences are all stories that were affiliated with Oculus Studios. Oculus has committed $50 million to funding non-gaming VR content. We hope to see more compelling and immersive stories in the near future. If you haven’t heard, Oculus is currently having a sale on their Rift + Touch bundle for $399. Make sure to purchase one before the sale ends!