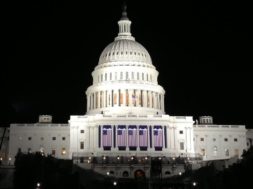 The representatives issued the following joint statement, “We are proud to announce the launch of the Congressional Caucus on Virtual, Augmented and Mixed Reality Technologies. As these technologies continue to advance and grow, this ‘Reality Caucus’ will work to foster information sharing between Congress and our nation’s world-leading technology industry. These technologies have shown tremendous potential for innovation in the fields of entertainment, education and healthcare. As these technologies develop, questions will inevitably rise in privacy, intellectual property and other areas. This is an opportunity to educate our colleagues and others to ensure Congress is doing all it can to encourage – rather than hinder – these enterprising fields. We look forward to working with our colleagues on both sides of the aisle to help support innovation and address the challenges posed by this emerging sector.”

These congressional representative are part of the House of Representatives and the Senate, which form the Legislative branch of the US government, that deals with passing laws and regulations.

“The Congressional members that formed the Reality Caucus essentially are the initial go-to resource (the de facto Congressional experts) for Congress when augmented, virtual and mixed reality bills or legislation is discussed. Immersive technology business and thought leaders will be well-served by understanding the predilections of these U.S. representatives serving on this Caucus, as their voting records could signal whether the bipartisan committee members are more or less prone to enact regulations.

Meanwhile, lobbyists advocating for the immersive technology sector can make an immediate impact by educating Caucus members on emerging privacy issues. For example, heat mapping analytics and biometric data technologies present novel ways for consumers to engage and interact with these emerging technologies. At the same time, privacy rights must be respected.

With a coordinated effort by industry leaders, educators, and Caucus members, great strides can be made at a federal level to avoid needless regulations, and encourage continued innovation and development within the sector.”

We love to cover VR in all different facets of life. From health care, gaming, real estate, philanthropy,  pornography, social networks, entertainment, and more, it’s clear that VR and AR are making their way into our everyday life. Now, with the addition of the political sphere, it seems like our VR world is infiltrating the mainstream media, which is sure to give it a boost it has not seen until just now. We cannot wait to see where the government’s use of VR propels it in the near future.