VR Games That Made 2017 Special 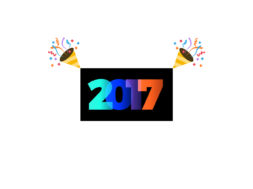 VR Games That Made 2017 Special

There were some amazing VR games and experiences that made 2017 special. We saw a handful of new studios release their own titles on the VR platform for the first time and it was quite special to see. This includes Bethesda, Rockstar Games, Ready At Dawn, and many more.

We wanted to share the names of VR games and experience that we thought made 2017 special.

Slightly Mad Studios released an amazing simulation for VR called Project Cars 2. This is an original follow-up to their first simulation game called Project Cars which showcases some of the supercars available today. The game boasts some of the best quality graphics we’ve seen to date in VR while providing an accurate portrayal of what driving cars would be like in racing environments. As a matter of fact, a lot of professional drivers use Project Cars 2 to stay focused and train for real races.

Asteroids! by Baobab Studios is one of those special titles that gets you immersed in the story right away. The members of Baobab Studios all come from digital animation background and have a knack for digital storytelling. Stortelling in VR is a relatively new concept and the studio is doing a terrific job in exploring this new medium which is why we find it so special.

Coco VR is another terrific example of how studios are starting to explore virtual reality as a medium for storytelling. Coco VR was the first actual VR experience that the Pixar team has worked on and it has turned out terrific. It provides that Disney magic incorporated in the virtual world.

I’m a big fan of Rick and Morty and to see the show come to VR was quite a special moment. Developed by Owlchemy Labs, it provides an immersive environment where you get to meet the actual Rick and Morty characters. They are voiced by Justin Roiland who is the actual voice actor for the show. You have to complete various crazy tasks which are full of surprises and I enjoyed the experience a lot.

Lone Echo by Ready At Dawn Studios has just won the VR Game Of The Year and we couldn’t be more happy to add them onto this list. The game harnesses you into an incredible story around the outer rims of Saturn where you will have to work with Captain Rhodes on figuring out the mysteries aboard the Kronos II Mining Station. Make sure to check out the game if you are up for an epic sci-fi space adventure.

A unique title by Ubisoft, Star Trek: Bridge crew was definitely a VR game we enjoyed. The game allows you to come aboard and command an elite starship, the U.S.S. Aegis and explore the vastness of the universe. You embark on some fun and entertaining missions with strangers and friends while you fight off enemy hostiles and environments that stand in your way.

Payday 2 has been a popular PC game for quite some time now where you go on crazy heists with other players and try to loot as much as you can. The game finally ported over to VR where you could actually play with non-VR gamers thanks to its cross-play features. I think that’s why the game turned out to be so special for us because it combines communities together.

Fallout 4 VR has been a special game for us this year due to the fact that we have fond memories of playing the game on the Xbox. Bethesda did a great job of porting the whole game over to VR and provides endless hours of fun in VR. This was a true VR RPG title and we enjoyed playing every single minute of it.

Happy New Years to you and hope you start off 2018 with a bang! There are so many amazing VR games that’ll be releasing in 2018 and we look forward to playing and reviewing them all.