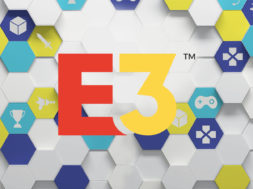 E3 is now just a month away where we can expect to hear many announcements and exclusives. Top gaming companies and studios will be in attendance to showcase their next big titles. And while there has been a leak by Walmart which hinted at upcoming games such as Just Cause 4, Splinter Cell, Dragon Quest 2, Borderlands 3, Rage 2, Gears of War 5, Forza Horizons 5, and Assassin’s Creed, we should also expect to see some new and exciting VR games.

Companies such as Oculus and Ready At Dawn studios have announced some new upcoming VR games that we can look forward to. This includes titles such as Echo Combat and Defector which look and sound like promising titles. Defector was created in partnership with Twisted Pixels, creators of Wilson’s Heart.

Many users have had the pleasure of playing through a small demo of Defector and has raved it as a big VR title to look forward to in 2018. The same goes for Echo Combat which is another highly anticipated title this year. And with luck, these two titles might be available to demo at E3 2018 with some more info to go along with it.

It’s also been a long time since we last heard about Marvel Powers United VR. This is a special project in partnership with Disney where we’ll be able to play as our favorite superhero characters in VR. We expect to hear some additional information and progress of the game at E3 2018.

We should also anticipate some big announcements from Sony’s side with PlayStation VR as they have been working hard in outselling every other headset manufacturer in the market besides Samsung Gear VR. One title that we might expect to see is Firewall: Zero Hour.

This is a 4 vs 4 multiplayer game where players are equipped with various weapons and tactical devices such as radars, grenades, etc. The two teams of mercenaries are hired by anonymous contract handlers to either protect or obtain highly sensitive information on a laptop in dangerous and exotic locations around the globe.

Should we be expecting any big and interesting news from Microsoft and Xbox in regards to VR? Maybe. Microsoft has promised last year that Project Scorpio AKA Xbox One X will provide mixed reality (VR) experiences.

We’re also excited to share that Windows Mixed Reality experiences will light up on other devices over time, beyond desktop and Microsoft HoloLens. Our plan is to bring mixed reality content to the Xbox One family of devices, including Project Scorpio, in 2018.

Will they reveal that at E3? We aren’t quite sure. We have no indication that the Microsoft team has successfully integrated functions of the current VR headsets with the Xbox One X. But we anticipate that the team will be making an announcement soon since we have yet to hear anything from their camp and what better place to announce it then at E3 2018.

We know that there will be a variety of studios in attendance that will be showcasing their upcoming VR games at E3 2018 this year. Stay tuned with us as we let you know about those upcoming titles.