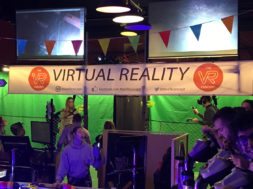 Forget darts, pool, and foosball — bar games are getting a major update. Enter The VR Concept, the world’s first permanent in-pub VR Arcade based in London. Co-founded by Oli Lane, Anthony Nixon, Henry Clarke, the company is looking to bring its technology to other pubs around the world.

“Virtual reality is a kind of infinitely flexible, infinitely exciting arcade experience and it will be part of the story that brings pubs back into the social hub in their local community,” said Lane.

The VR Concept’s first brick and motor location is in The Four Thieves, a famous London pub. The VR Concept uses the latest room-scale technology with the HTC Vive for superior VR gaming capabilities. Users enter one of two VR booths, equipped with the HTC Vive’s tracking cameras. The two booths are networked together for multiplayer gaming. 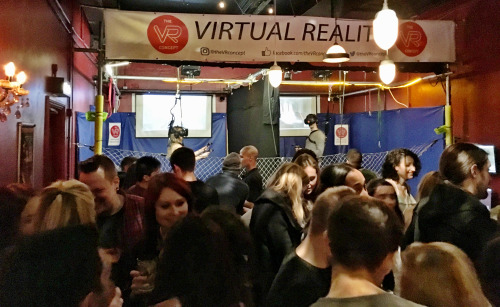 As for the available games, “basically our rule is that if it’s more than one button, it’s probably not going to work,” said Lane. “When we started 99% of our customers had never played VR before and probably now it’s three quarters […] and the turns are in the region of five minutes.”

For those who want a bit more of a challenge, The VR Concept invites you to book a private session, in which the company offers a range of VR entertainment services to bring cutting edge VR to any event using their inflatable, pop-up cubes, pictured below. 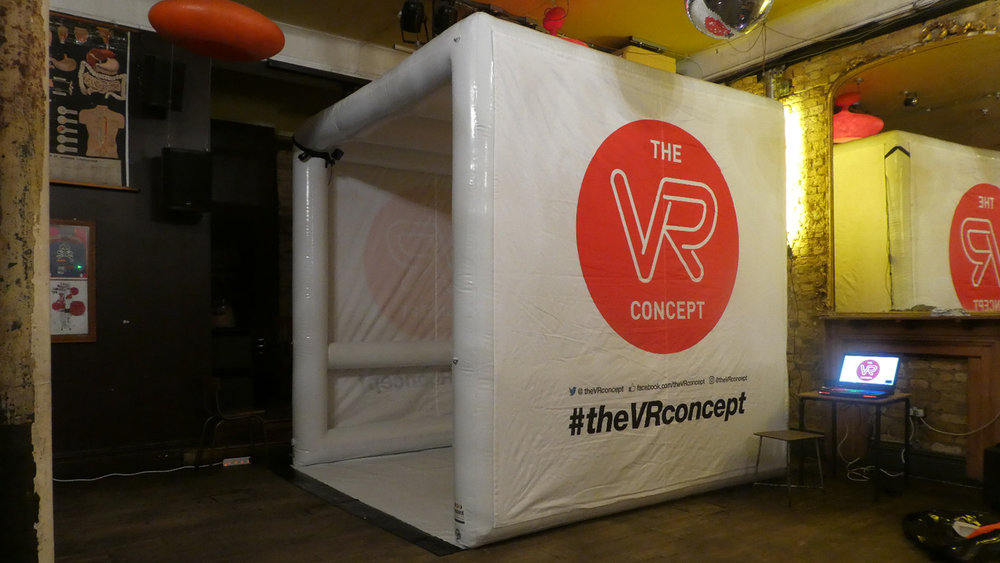 So what about alcohol increasing injury risks, you might ask? The guys at The VR Concept have thought of it all. “When you’re involved with alcohol, there’s always a degree of risks to the gear and to the equipment overall. So we’ve had to rig up harnesses so that basically, if people fall over they don’t damage themselves,” said Nixon.

Aside from expanding into other locations, The VR Concept plans to introduce a VR gaming league in which people compete for championship titles.