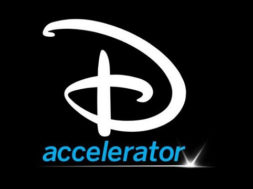 Disney is more than a hub for digital animations and unique storytelling. Actually, they have some of the largest business programs in the world such as their Accelerator initiative which happened to pick The Void and Epic Games along with 9 other companies. This particular program helps entrepreneurs with mentorship and immersion into the media and entertainment industry.

“There is much to be learned from Disney, a company that crosses the boundaries of space and time, transcending languages and generations, bringing together people of all ages and nationalities,” said The VOID CEO, Cliff Plumer. “But most importantly, Disney brings more imagination, magic, and fantasy to the world. And we are inspired and motivated to embark on this next phase of our journey alongside them.”

Disney will be making equity investments in the 11 selected companies but will not disclose the amount of the funding. The companies will retain their rights to all of their IPs they developed while part of the Disney Accelerator program, which lasts 3 months.

“The Disney Accelerator has provided The Walt Disney Company incredible opportunities to connect with and be inspired by many talented entrepreneurs from all over the world,” Michael Abrams, Disney’s senior VP of innovation, said in announcing the 2017 program. “This year, more than ever, we are working with companies with the potential to help define the future of media and entertainment together with Disney.”