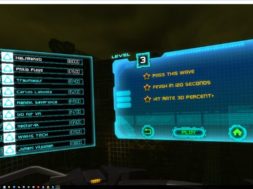 HTC has announced today that they’ll be launching an updated Viveport SDK to better equip developers and their VR apps.

The latest version of Viveport SDK (v 1.5.1) will allow you to track user stats and further monetize content on your VR app. In addition, apps and games developed with the Unity Engine have access to User Profiles, Stats & Achievements, Leaderboards and In-App Purchases. Combined, HTC believes that these features will enhance user experience and provide more insights. Below are some ways these new features can be used:

To learn more about the Viveport SDK and how to properly implement it into your VR app content, visit their developer guide. HTC is also working on bringing these features to developers using the Unreal Engine. They have made it available for developers to provide feedback and suggestions on their Developer forums.

“Recently announced at the Vive Ecosystem Conference, the VR Ad Service is a new monetization option,” said HTC. “Currently only available for apps and games distributed in China in this early launch phase, the SDK allows for ads to engage with a user without compromising the experience. With detailed tracking and verifiable impressions, the VR Ad Service aims to maximize ad revenue.”

HTC also stated that they’ll continue to add more developer tools and resources as well as improve existing features. For all the amazing developers out there, make sure to try out the new featueres on the Vive VR headset.