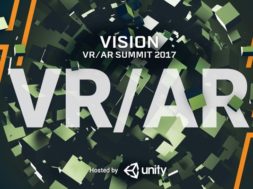 Vision VR/AR Summit announced their 2017 ‘Best Of’ Award Winners today. Check out who made the cut below. We’ve included each winner’s synopsis, however it’s worth taking a deeper look at each piece; this year’s winners truly surpassed even the highest of expectations!

This first person action, fighting, shooter game is the first in its class where time moves only when you move. There are no regenerating health bars and no conveniently placed ammo drops. It’s just you, outnumbered and outgunned, grabbing the weapons of fallen enemies to shoot, slice, and maneuver through a hurricane of slow-motion bullets. For Oculus.

In Alex Gibney’s new film Zero Days he investigates the impacts that cyber warfare are already having on international infrastructure and the inevitable collateral damage. Early in the Obama administration, the United States created plans for a crippling cyber attack against Iran in the event that diplomatic efforts to constrain the Iranian nuclear program were unsuccessful. The plan, code named “Nitro Zeus” was designed to disable communication infrastructure, essential parts of the power grid, and disable air defenses. This massive yet secret effort represents the emergence of a chilling new military frontier, cyber warfare. Documentary for Oculus.

Runners-up: Asteroids! by Baobab Studios & The Price of Freedom by Construct Studios

Miyubi by Felix & Paul Studios, in collaboration with Funny or Die

Miyubi is a​​ 40-minute virtual reality ​comedy about a Japanese toy robot – inhabited by you, the viewer – gifted to a young boy on his birthday in 1982 suburban America. Over the course of a year, as the boy’s family fractures apart, you experience love and your inevitable obsolescence in an intimate, hilarious and endearing interactive story. For Samsung Gear VR, Oculus.

Chocolate by Tyler Hurd Presented by Viacom Next

“Chocolate,” set to the song of the same name by Giraffage, is a wondrous VR music experience created by Tyler Hurd and presented by Viacom NEXT. In this psychedelic cat-centric world, your robot hands transform into cannons that spray cute, colorful chrome kittens onto a circle of people performing a ritualistic dance just for you, their robot god. You shoot giant shock waves into the vast, liquid-like landscape while a herd of giant cat heads migrate in the distance, and a massive tribal chief cat celebrates by spraying champagne. Everything is shiny and glimmering, smooth and sexy, cute and strange, overwhelming and astonishing. For Vive, Oculus.

Runners-up: Notes on Blindness: Into Darkness by Ex Nihilo, ARTE France and AudioGaming & Life of Us by Within

Ghostbusters: Dimension by The Void

This immersive installation is coming this July to The Void’s NYC location. You’ll be able to strap on a proton pack, feel the rumble of the proton gun in your hands, and literally step into the world of Ghostbusters in this epic adventure. We teamed up with Sony Pictures to develop our first public installation based on the studio’s Ghostbuster Franchise. Come track and trap ghosts through a New York apartment complex.

Runners-up: The Price of Freedom by Construct Studios & Notes on Blindness: Into Darkness by Ex Nihilo, ARTE France and AudioGaming

Mixed reality experience of NASA’s JPL Mars Rover. We discussed this project last week. Check it out here! For Hololens

From the director of Madagascar comes ASTEROIDS!, the highly-anticipated followup to the award-winning VR animation INVASION! Mac and Cheez are back with their robot sidekick Peas, this time on a dangerous, deep space mission. Disaster strikes as they are attacked by teeth-gnashing space bugs careening asteroids. Film for Vive, Oculus.

Out of Exile: Daniel’s Story by Embelmatic Group, Atrevida Production

In August 2014, Daniel Ashley Pierce’s family verbally and physically accosted him before kicking him out of the house because they disapproved of his sexuality. Journalist Nonny de la Peña and her team have created an emotionally explosive animated interactive VR experience built directly around audio that Daniel recorded during that encounter. Out of Exile: Daniel’s Story puts your body into the middle of the action, opening up an emotionally powerful avenue of empathy to Daniel’s experience. Afterwards, come face-to-face with a volumetric capture of Daniel and three other LGBTQ youth imagining new beginnings. Documentary for Vive.

Runners-up: Out of the Blue by Sophie ANSEL & After Solitary by Emblematic Group and FRONTLINE

Congratulations to all of the 2017 winners and runners-up! All are major accomplishments to be celebrated!