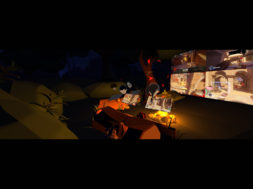 Bigscreen has announced that they’ve successfully raised $11 million in Series A funding led by True Ventures with participation from Andreesen Horowitz where they initially got their $3 million in Seed Funding. As a result, Toni Schneider–Partner at True Ventures–will be joining the board. This brings their total funding to $14 million.

“We’ve taken a disciplined, lean approach by building a small team, and we plan to stay that way. This is especially important in emerging industries like VR/AR,” said Darshan Shankar, Founder and CEO of Bigscreen. “The new funding enables us to build a long-lasting company, grow the team, and accelerate the development and expansion of our platform.”

Bigscreen is currently the leading VR platform for virtual screen sharing experiences where you can watch movies and videos together in public and private settings. Screens are able to be expanded into the size of actual movie theater screens in the comfort of your home through VR.

Bigscreen as seen a meteoric rise in popularity according to the company. With their major updates, their core metrics grew over 300%. There are users out there that spend at least 20 – 30 hours every week with some spending more than 1,000 hours.

You can currently access Bigscreen on the HTC Vive and Oculus Rift. You can also choose to use Bigscreen through the traditional Windows platform.