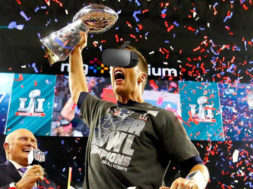 New England Patriots and Tom Brady pulled off something no other team has in Super Bowl history by mustering up the strength to climb back from a 25 point deficit. With 6:04 left in the third quarter the scoreboard tallied 28 to 3 in Atlanta Falcons’ favor. The win expectancy rate for the Patriots was 0.2 percent at that point. But by the end of 4th quarter, Tom Brady and the New England Patriots tied the game to send it into overtime. From there, Brady completed throws after throws to the wideouts to put them in a position to score, where James White punched in the final touchdown to take Super Bowl LI.

We all know that Tom Brady is one of the greatest athletes of all time. But what is his regiment that got him to win that coveted 5th Super Bowl ring at age 39? 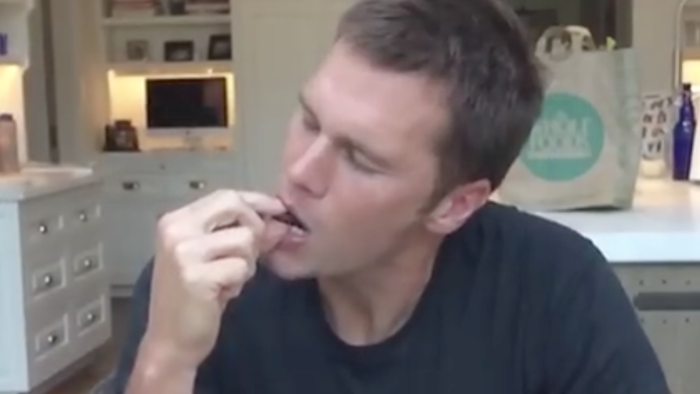 Well, Brady is known to have a special diet with his forward thinking chef, Allen Cambell which keeps him lean and healthy. In an interview with Boston Globe, Allen mentioned how he preps his meal and what ingredients he uses for Brady’s family.

“So, 80 percent of what they eat is vegetables. [I buy] the freshest vegetables. If it’s not organic, I don’t use it. And whole grains: brown rice, quinoa, millet, beans. The other 20 percent is lean meats: grass-fed organic steak, duck every now and then, and chicken. As for fish, I mostly cook wild salmon.

It’s very different than a traditional American diet. But if you just eat sugar and carbs—which a lot of people do—your body is so acidic, and that causes disease. Tom recently outed Frosted Flakes and Coca-Cola on WEEI. I love that he did that. Sugar is the death of people.”

As far as things that Tom Brady doesn’t eat, Allen mentions the following:

“No white sugar. No white flour. No MSG. I’ll use raw olive oil, but I never cook with olive oil. I only cook with coconut oil. Fats like canola oil turn into trans fats. … I use Himalayan pink salt as the sodium. I never use iodized salt.

[Tom] doesn’t eat nightshades, because they’re not anti-inflammatory. So no tomatoes, peppers, mushrooms, or eggplants. Tomatoes trickle in every now and then, but just maybe once a month. I’m very cautious about tomatoes. They cause inflammation.

What else? No coffee. No caffeine. No fungus. No dairy.”

This speaks volume to his character and how important Brady believes in a strict diet to stay healthy. However, many other NFL athletes across the nation treat their bodies as a cove of treasure with a healthy diet to keep themselves in tip-top shape. This leads us to believe that his diet might’ve not been the key factor to him winning Super Bowl 51.

But perhaps, it could be his experience that led him to another Super Bowl victory. 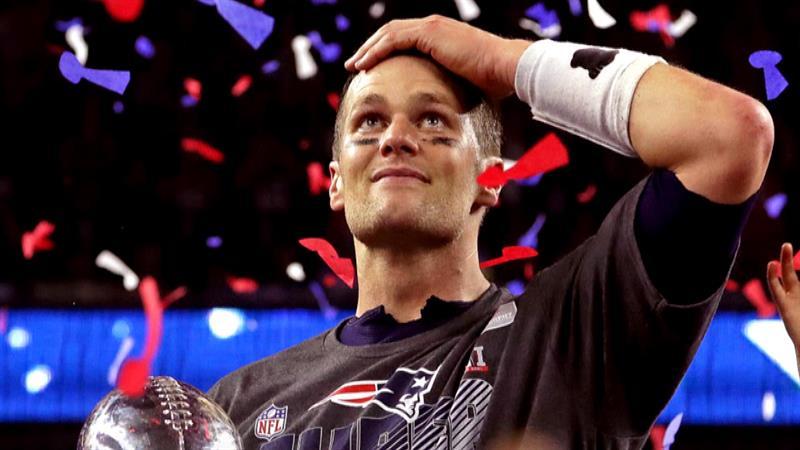 At age 39, Tom Brady is the oldest active starting quarterback in the league. The former Wolverine has been with the NFL since 2000, meaning that he’s been a part of the league for 17 years. That’s quite a number to achieve considering how much quarterbacks get hit. The average career length for quarterbacks in the league is right around 3.33 years. Brady has more than quadrupled that number, which has brought him a lot more experience to the league. He has literally seen the football field more than 99% of current active NFL players. On top of that incredible statistic, he has been with the legendary coach, Bill Belichick since his draft in 2000. He has developed a chemistry with the head coach that’s rarely seen in the league.

But what does this mean for players like Brett Favre and Dan Marino. Brett Favre entered the league in 1991 and had some impressive numbers throughout his career. He won multiple MVP titles and was with the Green Bay Packers for 15 years before ending his NFL journey in Minnesota at the fruitful age of 41. He developed great chemistry with his coaches during his prime in Green Bay but failed to win a Super Bowl. Dan Marino is another quarterback with similar traits. He was drafted in 1983 by the Miami Dolphins and stayed with the team until his retirement in 1999. Marino was in the league for 17 years before he called it quits. He was also coached by the great Hall Of Famer, Don Shula who led the team to many victories. However, he too failed to win a Super Bowl.

There is no comparison on how a quarterback develops experience and knowledge. They see the game in different ways. But maybe, just maybe, the experience portion wasn’t the key factor to Brady winning his 5th title. 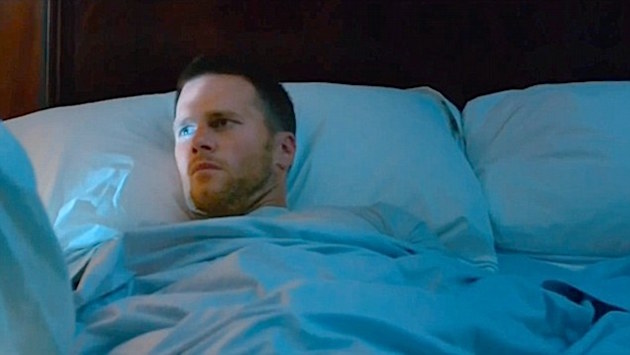 Then, could it be due to his impeccable practice regimen schedule? Tom Brady states in an interview with ABC that he wakes up at 5:30 am everyday.

“I don’t go to bed at 1 a.m. and wake up at 5 a.m. and say, ‘Let’s see if I can get this done today,'” says Brady. “Because my career is so important, I think I make a lot of, I wouldn’t call them sacrifices, but just concessions for my job. I love what I do and I want to do it for a long time.

He also admits, “There’s no other 39-year-olds playing now at quarterback.” So the quarterback trains a little differently than the rest.

“When you’re 22, you don’t know what works and what doesn’t work. Most people in their career, the more experience, the less mistakes they make,” he says. “For example, in the off-season a lot of players spend a lot of time in the weight room and get big and strong, they work on a lot of things track guys do to get fast. How strong do I need to be? I only need to be as strong as what it takes to withstand the hits if the season,” he says. “Trying to lift the max weight possible, I don’t do those things anymore.”

Brady focuses on his throws, form, endurance, and his body which makes him so nimble on his feet. Tom Brady ran for 15 yards during Super Bowl LI at the age of 39 (40 in August 2017), which is quite impressive. But there are other freak of nature athletes that train and do their due diligence for the game of football. This leads us to the X-factor, virtual reality.

Currently, the New England Patriots are one of a few select NFL teams that have incorporated VR for training purposes. A company based out of San Francisco called STRIVR is providing that technology to help Tom Brady re-visit gameplay and practices in an immersive environment.

“The message we tell all coaches is we’re not trying to replace traditional film watching,” said STRIVR founder Derek Belch. We’re trying to provide a complementary tool that we feel can be effective in training and helping players learn faster.” This was during an interview with the Boston Globe.

The formulated solution by STRIVR allows Tom Brady to be inside his huddle, observing every player’s movement and reaction. He has the ability to rewind time and pick up the subtle details in an environment that immerses your visual and acoustic senses.

“This is going to change the game of football as we know it,’ ” said Bret Bielema, head coach of Arkansas. “It’s human beings. It’s you in a huddle. It’s your voice. It’s your script. It’s your set up. That set it apart from everything else I’d ever seen. It escalates the learning curve beyond exponential numbers. It’s absolutely amazing what it can do.”

Dartmouth coach, Buddy Teevens also spoke up about his thoughts on using VR technology for learning.

“We can analyze what people are looking at,” said Dartmouth coach Buddy Teevens. “So, on an offensive pass play, if a quarterback continually looks the wrong way, maybe we think twice about having that play in his repertoire. You can coach off of that.”

Watching game and practice footage through a linear screen lacks the depth and feeling that VR provides. While traditional sources give you the freedom to replay footage, virtual reality allows you to observe the game in a detailed periscope perspective. The truth of it all is it could be the combination of all of these listed points that led to Tom Brady winning another Super Bowl. But with the addition of learning football in a VR environment, it could’ve been the X-factor to the 5th Super Bowl title.