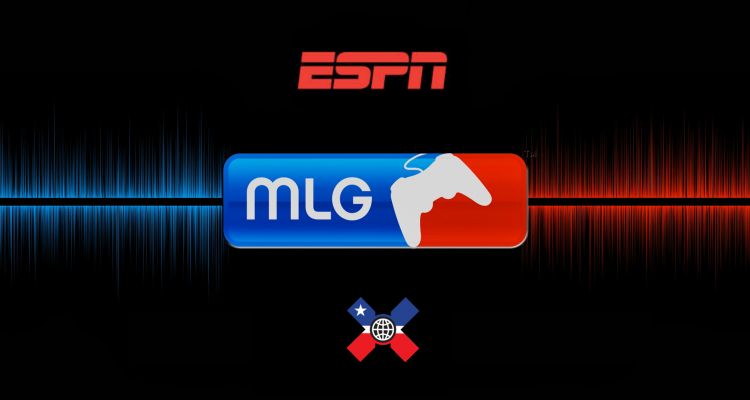 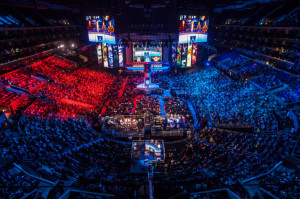 Everyone, get ready! Virtual reality games aren’t too far from joining the e-sports leagues! Yes, there aren’t enough VR games on the platform yet. Yes, the HTC Vive and Oculus Rift just released a few days ago. But, we like to think big and think into the future. With that in mind, let’s dive into some future possibilities.

Future for VR in E-Sports

Games like League of Legends, Counter-Strike, and Dota are the hottest games around in terms of E-sports. There are thousands of matches every year with prize pools that reach tens of millions of dollars. And those millions are won through the finger tips of well trained gamers.

People naturally love games for their fantasy like stories mixed in with some friendly competition and money. Virtual reality has the possibilities to raise the bar in all those fields. VR gaming requires more than a click of a button. It requires you to be spatially aware and visually tuned. You must look around at your surrounding and make decisions based off of that. Requiring more actions in games might be a key possibility for VR to take over the new gaming world.

The investment into virtual reality

There’s billions of dollars and countless hours going into R&D for virtual reality. Huge manufacturers such as HTC, Oculus, Playstation, Nvidia, AMD, and more are heavily invested in VR succeeding.

With that much effort going into the platform, you’ll see a huge growth in content for gaming by big named studios. Most games thus far on the Rift and Vive have been solo action. But there’ll soon emerge a multiplayer game that sweeps the small yet vibrant community. VR gamers will be seen dedicating many hours into becoming a pro for that next upcoming blockbuster for the wearables.

Even the giant gaming platform Steam has invested money and time into seeing this community thrive. With a big backing from the likes of Steam, you’ll see many gamers start testing the waters in VR. Some may think it’s a gimmick but there will be many players that stick to this platform. We’ve tested out these devices and it’s very hard to put into words the possibilities these gaming headsets have.

ESPN has recently identified how big e-sports is and now they are putting out daily segments covering the latest stories in the gaming world. They even televise events for e-sports. And we all know that big media giants want to be the front runners in covering the exclusives so you’ll definitely see virtual reality gaming publicized by networks such as ESPN. Once a big named PVP game comes onto virtual reality consoles, you’ll see it highly televised with prize pools that are worthy to be competing for.

Media is known to heavily push the latest and greatest news so you’ll definitely see VR e-sports in the spotlight at one point in the near future.

Many things can be argued as being speculative but we think it’d be wise to invest in one of the wearables and start getting prepped to become the ultimate gamer in virtual reality!

Keep updated with us in all things VR!