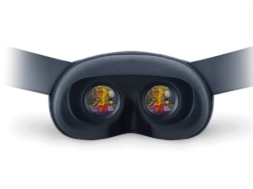 YouTube has been one of the first platforms to adopt 360 video content. They provide a simplified solution in uploading 360 videos and also allows smartphones to stream this content in an immersive way through solutions such as Samsung Gear VR and Google Daydream. Today, during Vidcon 2017, YouTube announced an even more simplified immersive solution with VR180.

According to Google, VR180 videos will focus on what’s in front of you at high resolution, even on desktop. And with mobile VR headsets such as the Cardboard, Daydream, Gear VR, and even PSVR. VR180 content will allow you to view images stereoscopically in 3-D where near things look near, and far things appear far. Google also mentioned that VR180 will support livestreaming videos for creators and fans to be together in real time.

“We know that virtual reality videos can be really powerful, which is why we invested in supporting 360 and VR formats for over two years,” said Frank Rodriguez, Product Manager at YouTube. “Today, VR video is the most popular way to experience VR. But, we’ve heard from creators and viewers that you want to make and see even more immersive videos on YouTube. So, we’ve been working with Google’s Daydream team on a brand new video format, called VR180, that we believe will make VR content even easier to create.”

Rodriguez also announced that the Daydream team is currently working with “several manufacturers” in building cameras from the ground up for VR180.

“These cameras are not only great for creators looking to easily make VR content, but also anyone who wants to capture life’s highlights in VR,” said Rodriguez. “They will be as easy to use as point-and-shoot cameras, for around the same price.Videos and livestreams will be easy to upload to YouTube. Cameras from YI, Lenovo, and LG are on the way, and the first ones will hit shelves this winter. For other manufacturers, we’re opening up a VR180 certification program and Z CAM will be one of our first partners.”

According to their team, YouTube is currently seeing 1.5 billion logged in viewers every single month. You can sign up today for updates about VR180. Eligible creators can also apply today to loan a VR180-enabled camera from one of YouTube’s Spaces around the globe