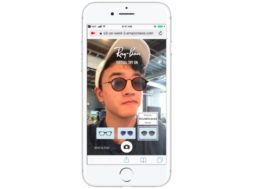 Vertebrae has announced the release of its new mobile Web AR advertising suite for content creators and developers. The company has created a native ad platform for AR, VR and 360 videos and looks to strengthen revenue growth for millions of content creators.

“We see so much room for growth with the limitless scale the mobile Web offers, and we are creating the AR advertising templates through which the industry will take shape,” said Vince Cacace, founder and CEO at Vertebrae. “As we execute more campaigns in verticals like automotive, games, retail, travel and hospitality, and more, we’ll have an ever-expanding rolodex of mobile Web AR templates for advertisers to choose from.”

From its inception, Vertebrae was built to support virtual and augmented advertising for the next generation of immersive media; and now with the release of iOS 11 and months of platform development, the company added AR to its suite of immersive media ad and monetization products.

AR advertising needs to have utility and provide an engaging and personalized experience for a consumer on the path to purchase. That’s why Vertebrae developed a turnkey and accessible cross-platform solution for advertisers that want to take advantage of all AR has to offer.

“Now is the time for mobile AR, and immersive media more broadly, and it will be exciting to see which companies take advantage,” added Cacace. “Brands can capitalize on AR advertising at scale right away. Advertisers will have a field day due to the personalized experiences consumers can have with products. Imagine trying on a pair of Ray-Ban’s, or seeing what a new Mazda looks like in your driveway– without physically having either product.”

Cacace stated that the the long-term goal for Vertebrae is to be the go-to monetization platform for immersive media. In the short-term looks to empower VR, 360-video and augmented reality with quality ads over the web.