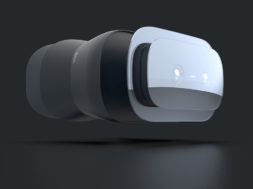 Remember that Helsinki based VR startup called Varjo that promised “nearly 100 times better resolution than today’s best high-end VR headset?” Well, they have successfully raised an extra $31 million in Series B funding led by Atomico and with participation from Next 47, EQT Ventures, and Lifeline Ventures.

The company will be manufacturing industrial-grade VR / XR headset that allows professionals, in sectors from aerospace to architecture, to work in human eye-resolution virtual or mixed reality when designing new products.

The company has stated that the headset can be integrated with the world’s most popular 3D engines and software tools. Unlike devices such as Magic Leap™, HoloLens, and HTC Vive Pro, Varjo’s product can be used in fields where extreme precision and visual fidelity are paramount.

“We hope that the impact of our hardware and software platform on industry will be as profound as the introduction of the Graphical User Interface,” said Varjo co-founder and CEO, Urho Konttori. “At Varjo we’re extremely proud to welcome Atomico, Europe’s most experienced VC, and industry icon Siemens, to our mission of launching a new era of immersive computing for professionals.”

In his keynote presentation last year, Konttori described how they are able to get such high quality displays in VR HMDs. “We have a normal VR headset display that shows the peripheral view. We have a super high quality OLED display that has the human eye resolution that gets reflected on a Varjo made combiner which is letting you see both of the displays at the same time. And then what we do with the gaze tracking is that we tilt this combiner ever so slightly and the reflection changes so that you’re seeing the image at a different place at the place where it’s supposed to be in.”

What are your thoughts about Varjo?