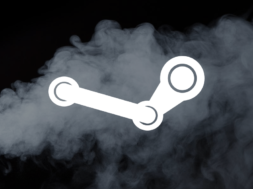 Steam is home to the largest marketplace for PC based video games. You’ll find thousands of titles, which will take a lifetime to play through. These games range in quality which provides mixed experiences, both good and bad. Recently, two popular YouTubers named John “TotalBiscuit” Bain and Jim “Jim Sterling” Sterling visited the Valve office to get a glimpse of the company’s upcoming plans.

According to these YouTubers, Valve is working on a roadmap to clean their marketplace. The company wants to make quality video games more visible and eliminate the “quick buck” experiences disappear on Steam. Valve refers to these under-developed titles as “Fake Games.”

The company looks to do this through an advanced set of algorithms along with their recently announced Steam Direct platform.

The next step in these improvements is to establish a new direct sign-up system for developers to put their games on Steam. This new path, which we’re calling “Steam Direct,” is targeted for Spring 2017 and will replace Steam Greenlight. We will ask new developers to complete a set of digital paperwork, personal or company verification, and tax documents similar to the process of applying for a bank account. Once set up, developers will pay a recoupable application fee for each new title they wish to distribute, which is intended to decrease the noise in the submission pipeline.

While we have invested heavily in our content pipeline and personalized store, we’re still debating the publishing fee for Steam Direct. We talked to several developers and studios about an appropriate fee, and they gave us a range of responses from as low as $100 to as high as $5,000. There are pros and cons at either end of the spectrum, so we’d like to gather more feedback before settling on a number.

Also, to ensure that good games are more visible, Valve will be adding in an opt-in system called Steam Explorers. This will prompt users with a pre-selected list where gamers can evaluate the experience based on certain criteria. You will have to purchase these games but might be rewarded with “perks” such as badges, exclusive access to unique forums, and refunds in a certain time-frame. This will essentially replace what Valve had in mind with Steam Greenlight. If you find that you had a good time with the game, you will be able to flag it raising more awareness to the title. Anyone will be able to sign up for the Steam Explorers program.

Valve has also admitted that these “fake games” make the majority of their money through Steam trading cards. To resolve this issue Valve will be changing the trading card system so that it is no longer an option.

Additionally, Steam will be showing more transparency on their data of games. Users will be able to see why certain games are being shown to them, how many impressions that game page is getting, and more.

With these changes, Valve believes that they can get rid of “fake games” and provide a more quality experience to users on the Steam marketplace.