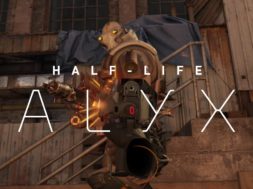 With much anticipation surrounding Half-Life: Alyx release for VR, Valve has decided to go on ahead and release three new gameplay videos of the game to rev us up even more.

The first video starts off in what seems to be an abandoned subway station where you are inside one of the carts. While getting off the subway you’ll encounter enemies. This video demonstrates the movement mechanics, weapon upgrades, object interaction, and more.

The second video starts off with a puzzle to open one of the entrances to an abandoned area with enemies flooding the space. It introduces to a new area.

The third video showcases a hostile situation where you take on a group of enemies in an epic shootout. It demonstrates the movement mechanics along with a few weapons.

Half-Life: Alyx is set for release on March 23 for Valve Index, HTC Vive, and the Oculus Rift. What are your thoughts about the new gameplay videos?