Home news Valve Is Opening Up Their Steam Marketplace And Allowing ‘Everything’ As Long As Its Not Illegal
news
June 6, 2018 Griffin Streeter 0 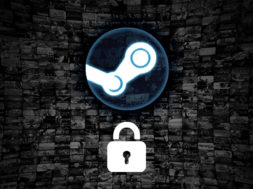 Valve just announced one of the biggest news of the year for the company as they are now allowing ‘everything’ on Steam. In a Steam blog post today, the team noted that they’ve been wanting to open up the marketplace for users to decide on the games. And as a result, they’ve come to the conclusion that they’ll allow all content on the platform as long as its not illegal or trolling.

“We’ve decided that the right approach is to allow everything onto the Steam Store, except for things that we decide are illegal, or straight up trolling.”

This will allow Valve to focus less on trying to police what should be on Steam and more on “building those tools” that gives people control over what content populates on their portal.

Steam is also going to allow users to override their recommendation algorithms and hide games containing the topics you’re not interested in. “So if you don’t want to see anime games on your Store, you’ll be able to make that choice,” said the team.

In addition, Steam will be building tools that supports developers from harassment as well. “Developers who build controversial content shouldn’t have to deal with harassment.” However, Steam will continue to perform technical evaluations of submissions. This means that they will reject games that don’t pass until their issues have been resolved.

This will be an ongoing test and trial for Valve. And with every country having their own laws and restrictions, it will take time to universally implement the right procedures. “We’ll be working on this for the foreseeable future, both in terms of what products we’re allowing, what guidelines we communicate, and the tools we’re providing to developers and players.”

This will definitely open up a lot of doors for developers creating content on both PC and VR.