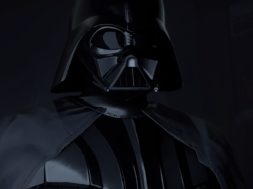 A new Star Wars hype train is coming to VR as ILMxLAB has announced a special new experience for the virtual reality community. In partnership with Oculus, ILMxLAB will be launching a new episodic series called Vader Immortal: A Star Wars VR Series.

The new series takes place in between Revenge of the Sith and Rogue One. You will get to visit Vader’s lair on Mustafar. It is also connected with ILMxLAB and The VOID’s hyper reality experience Star Wars: Secrets of the Empire.

“We always look for opportunities to explore the Star Wars universe in new ways,” said Kathleen Kennedy, President of Lucasfilm. “ILMxLAB is very excited to be working with David S. Goyer on a first-of-its-kind Star Wars experience which allows fans to travel to Darth Vader’s fiery, lava-ridden fortress and wield a lightsaber on his home turf.”

Vader Immortal: A Star Wars VR Series will be a new experimental title for the Oculus Quest which was announced during OC5. The tetherless is set to provide a seamless experience. The first episode of the 3-part series is set to launch in 2019 so make sure to stay tuned for further updates.