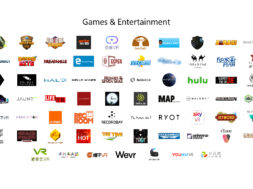 Microsoft has announced all of the upcoming Windows VR games and VR experiences for their Windows platform this holiday season. Microsoft, in partnership with Acer, Asus, Dell, and HP are launching four different VR headsets and have focused on the games and experiences that’ll first be available on the Windows Store for the listed HMDs.

Out of the listed VR games and experiences, below are some of our favorite games we’ve played thus far:

Arizona Sunshine is a first person shooter that takes place in the sunshine state of Arizona, In the desert landscape, you must fend yourself from the undead as the zombies are looking to eat you alive. Currently, Arizona Sunshine is one of the most played VR games and does a great job in providing fun and entertainment.

We do not yet know if the game will come with any extra content or if it will look any different from the current versions available on the Oculus Rift and HTC Vive.

Invasion! by Baobab Studios is one of the most enjoyable VR contents today. This story is about a tale of aliens trying to take over the planet. They’re thwarted by the Earth’s meekest and most adorable creatures – two fluffy white bunnies – and you are one of them.

Baobab Studios is made up of former directors and animators from Pixar and Dreamworks.

SUPERHOT is one of the most famous VR games today that provides you an action packed adventure like nothing ever seen before. You’ll be playing in a first person mode where you’ll defy time and space to take down your enemies.

You can shoot them and throw projectiles at the oncoming enemies to reach your goal.

Some of these games will be offered through Steam’s marketplace as Microsoft and Valve have partnered up for their upcoming Windows VR platform.