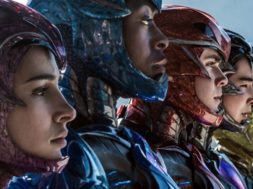 Qualcomm has recently announced that they’re partnering up with Lionsgate to release a cutting edge VR experience of the the upcoming Mighty Morphing Power Rangers movie. In the recent trailer you can see that the movie will be unlike the power rangers we grew up watching. With director Dean Israelite at the helm the movie will be more action packed and “realistic” from the original show.

“Lionsgate is at the forefront of innovative and immersive storytelling backed by a rich portfolio of premium content,” said Mike Finley, senior vice president and president, North America and Australia, Qualcomm Technologies, Inc. “We’re happy to be working with Lionsgate to create an exciting virtual reality experience for Power Rangers fans through the technologies we’ve implemented on Snapdragon 835.”

Qualcomm looks to demonstrate their flagship Snapdragon 835 processor in debuting VR experiences for the fans of the Power Rangers franchise. They have stated that the new processing chip will crfeate a, “superior responsive and immersive experience within the world of the film. The Snapdragon 835 processor is engineered to allow for high VR frame rates, immersive uadio, enhanced 3D graphics with real-time rendering and high-definition video content.”

“We’re delighted to team with Qualcomm Technologies on a virtual reality experience that will bring fans closer to the action of Saban’s Power Rangers as they prepare for the film to arrive on the big screen,” said Paula Kupfer, senior vice president, global partnerships and promotions, Lionsgate. “Qualcomm Technologies’ cutting-edge VR technology provides a platform for a compelling Power Rangers experience and represents a major evolution in the fidelity and immersion made possible through mobile VR.”

The two companies have also partnered with Reel FX in creating the Power Rangers VR experience. This FX studio has worked on previous projects such as The Book of Life and Free Birds. Power Rangers the movie is set to release worldwide starting March 24, 2017.