Upcoming Game ‘Evasion’ Looks To Be ‘Destiny’ Of VR 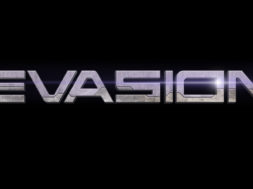 Upcoming Game ‘Evasion’ Looks To Be ‘Destiny’ Of VR

We recent got to see a glimpse of Archiact studios upcoming game Evasion and it looks quite promising. While it is indeed a VR FPS game, it focuses on the element of co-op multiplayer combat in a futuristic outdoors environment that brings a breath of refreshment.

Evasion will feature multiple hero classes suitable for all play styles, similar to what Activision’s ‘Destiny’ offers today. Actually, Evasion has many similarities to Destiny. The core element of what makes Destiny so fun is being able to play with your friends and the online community. You share the battlefield to take down the strong enemy forces which wouldn’t be nearly as fun without other players. Evasion looks to offer those similar characteristics. The game will allow up to three friends or go it alone in an extinction-level battle for survival.

“Archiact has been crafting immersive VR entertainment since 2013,” said Kurt Busch, Studio Head at Archiact. “With Evasion, the team is using everything we’ve learned and weaving our experience into a truly genre-defining AAA title. With innovative locomotive movement and intense FPS gameplay, we’re convinced Evasion will prove a stand-out VR experience and we can’t wait for gamers to play it themselves.”

Archiat promises to deliver cinematic destructible environments and intense bullet hell action in the upcoming game. Players must team up and fight their way through laser-fueled maelstroms and overwhelming odds. Their ‘Swarm A.I’ enemy behaviour system adds a new level of tension, making tactical movement and teamwork critical to your squad’s survival. The battlefield will feature various terrains and obstacles to maneuver around as you engage combat.

Evasion will empower gamers to walk, run and dive into battle with incredible locomotion freedom. This will be a free-roam experiencce and not teleportation based. Archiact’s goal is to deliver on the promise of free movement over teleportation. Players will be able to choose from highly crafted locomotion modes designed for Evasion’s FPS gameplay that can be customized for their own play style and comfort level.

Players will be able to customize your heroes as you level up by upgrading your abilities and making your own unique build. You’ll also be able to combine class types to create the most effective team.

There will be various mission objectives and Archiact promises powerful player class combinations and “blockbuster-quality FX.” Evasion is set to release some time in Spring of 2018. Stay tuned for more information about the upcoming game.