Upcoming Alien: Covenant Movie Getting Its Own VR Experience 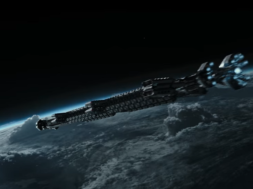 Upcoming Alien: Covenant Movie Getting Its Own VR Experience

The upcoming Alien: Covenant movie looks quite thrilling based on the latest trailer directed by Ridley Scott. It’ll take place in space and on foreign planets where they discover the alien species. 20th Century Fox has announced the release of a virtual reality experience that’ll be coming along with the movie.

The VR experience will be directed by David Karlake, in partnership with Ridley Scott’s RSA Films and Fox Innovation Lab (20th Century Fox’s internal VR and immersive experience team). While there isn’t a certain date set for the release of the VR experience, they have unveiled it’ll be released some time this year.

The Alien franchise has been a successful project for many years now with multiple iterations of the particular world. It focuses heavily on the extra terrestrial life and how humans interact with the foreign species. Most alien movies are pretty raw in its gory scenes and helps capture our imagination of what it would be like to come into contact with hostile creatures we don’t know much about. Alien: Covenant is set to release in theaters on May 19, 2017 with the VR experience coming some time this year.