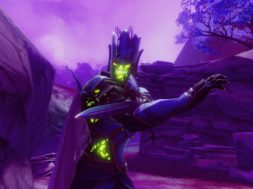 Earlier this year Schell Games announced a new upcoming VR game called Until You Fall which is the next big title being launched by the studio. The game is set to be a sword fighting melee game which is going to pit you against enemies set to destroy you.

“We’re blending various styles of sword fighting to create an intense, real-time combat expe­ri­ence that hasn’t been seen before with VR,” remarked Jesse Schell, CEO of Schell Games. ​“Using our deep knowledge of these platforms, we believe this game will push bound­aries and leave players with the immersive melee fighting expe­ri­ence they’ve been craving.”

Until You Fall Story

In the game you’ll jump into a time period where the city of Rokar has fallen. Once a civilization fueled by a magical power called Aether, the Rokari have been destroyed by a Calamity of unknown origins. Now, monsters and twisted spirits wander these crystallized ruins.

As the last remaining Rune Knight, you alone can fight back these horrors. With the help of a mysterious Runesmith, you will forge the weapons needed to complete your campaign.

You will have to put your sword fighting skills to the test as you use both magic and melee to fight twisted enemies in an unforgiving environment. Every time you die you will start over stronger with weapons you can permanently upgrade.

Until You Fall is set to release on August 27th as an Early Access title on Steam. Make sure to check out the next big title from Schell Games.