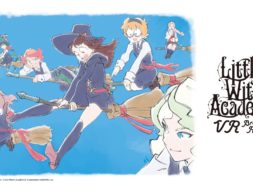 UNIVRS has announced that they have successfully raised $47,000 in capital to launch a unique Little Witch Academia VR game experience.

Back in June, the team announced that they would be launching a Kickstarter to back this initiative where they can hire the right people to develop this experience. Now with the campaign successfully funded, they are looking to successfully wrap up their Japanese crowdfunding campaign with already over $120,000 raised thus far.

In this experience, the player becomes a character in the game that can freely fly around the sky on a broom and race using magic. This VR game uses UNIVRS’s unique anti-motion sickness technology (patent pending) to greatly reduce the VR motion sickness that has limited VR games up until now.

With this successful news, UNIVRS is looking to take the next steps forward in making this launch a success with Little Witch Academia VR Broom Racing.

tags: crowdfunding kickstarter little witch academia vr broom racing univrs
previous What Does The 'Crawling Of The Dead' VR Game Have To Offer?
next Kickstarter for Cyberpunk VR MMORPG Game 'Zenith' Is About To Create Waves
Related Posts