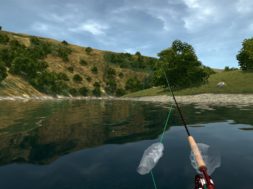 Fishing is one of the those enjoyable sports that brings pleasure and relaxation by the water. Many fishers say that they are able to find calmness while also finding excitement once the hook line gets a little tingly. But due to weather and distance some people aren’t able to go fishing as often as they like which is why Bit Golem and Ultimate Games S.A. is developing an immersive fishing simulator in virtual reality called Ultimate Fishing Simulator VR.

Ultimate Fishing Simulator first made its appearance on Steam Early Access in November 2017. During the span of its time the game was able to garner 83% positive reviews which resulted in being one of the best received fishing games on the Steam platform. But now, the game is looking to take the next step and enter the virtual reality realm.

“We can now confirm that Ultimate Fishing Simulator VR will be fully compatible with HTC Vive and Oculus Rift systems,” said Mateusz Zawadzki, CEO of Ultimate Games S.A. “The list of supported goggles will also probably include Valve Index, Windows Mixed Reality and maybe Oculus Quest. Most importantly, the content of the VR version will be the same as the traditional version of the game.”

Ultimate Fishing Simulator VR is set to release on August 30 of 2019. You can check out the upcoming game here on Steam.