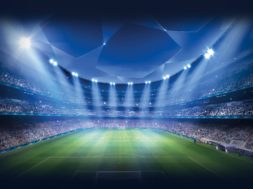 This June 3, The UEFA Champions League Final will be available in VR for UK residents. BT Sport will be capturing the match in 360-degrees at Csrdiff’s Millennium Stadium, in which Juventus will take on Real Madrid. Fans who can’t attend the game in real life will still be able to experience the match like they are truly there. BT Sport is the exclusive UK home of UEFA Champions League and UEFA Europa League football until at least 2020/21, with every single game shown live on TV and online.

BT Sport is providing their content for free, so users don’t have to be a subscriber to get in on the action. For those interested, the VR experience will be available on BT Sport’s app and website, as well as on YouTube. A cool extra feature for those using BT Sport’s version is that users will be able to switch between different camera angles to choose their viewpoint. Commentary and graphics will also be part of the VR experience. The match is functional inside a VR headset as well with a compatible smartphone.

For a proper viewing experience, a minimum of 10Mbps is required for the best 360° VR quality. 4K UHD on YouTube requires sufficient broadband speed, as well.

“Making the UEFA Champions League and UEFA Europa League available for free to everyone in the UK shows that BT really is serious about making sport much more accessible to the public,” said BT Consumer CEO John Petter.“These are two of the biggest club football tournaments in the world and showing them live on social media and on mobile devices makes it more readily available to a younger audience as well as available to traditional TV viewers.”

BT Sport is already looking to make improvements for next season. They have announced that they intend to enhance their digital coverage by making clips, weekly highlights, and UEFA’s magazine show as well as both finals available for free on social media.