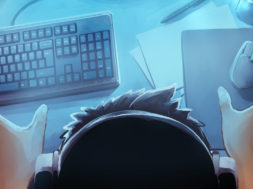 Twitch has been a platform centered around gaming with users streaming their gameplay. But starting next year they plan to release a mobile app for smartphones which will allow streamers to live Vlog whatever they want to their channels.

“Next year, we will launch native streaming from the Twitch mobile app. This is designed to help you stay in touch with your community even when you’re AFK. Want to stream while roaming the expo floor at PAX West? Go for it! When mobile broadcasting launches, it will default to the IRL category.” – Twitch

You’ve seen how YouTube and Facebook Live have been a source for ‘IRL’ broadcasting. Well the Amazon owned Twitch has realized the potential to that social factor and plans to compete against the two giants for the space. With millions of users already streaming from the site, it seems only fitting to allow them a mobile app where they can live stream on the go.

eSports is forecasted to surpass many professional sports leagues in revenue by the year 2020. With the new mobile app coming next year it’ll be perfect timing for these gamers to garner attention not only to their gameplay, but also to their daily lives (which many people are interested in). Twitch has a tremendous fan base and platform and is expected to be a big hit for ‘IRL’ streamers.

While Twitch is a little behind Facebook Live and YouTube in delivering a mobile broadcast solution, it won’t have a hard time gaining followers and streamers to use the app. There isn’t a definite date to the release but is expected to be available some time next year. Here’s the form Twitch has provided for a chance to test the Closed Beta.