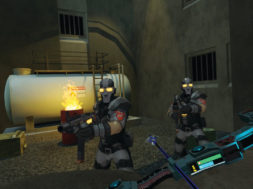 Twisted Arrow, first-person shooter game by Phaser Lock is now available on Oculus Store, and it’s on sale! To celebrate its Oculus release, Phaser Lock is celebrating with a 25% off launch sale, which will go throughout this week. This brings the original $19.99 price down to $14.99. Previously, Twisted Arrow was only available for HTC on Steam. 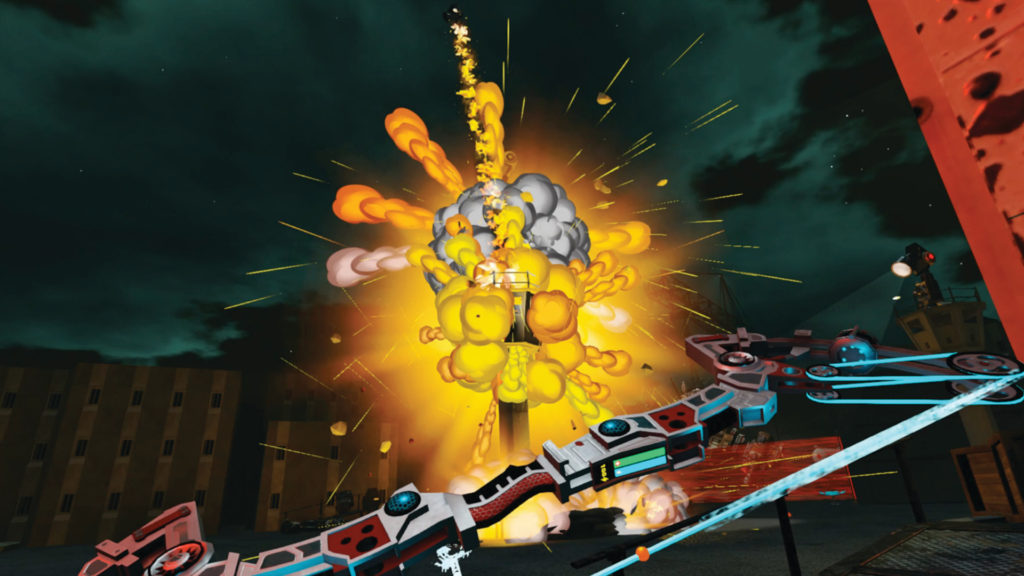 Out-manned and outgunned, you are the last line of defense against a high-tech, paramilitary force occupying your city. Armed with the Manticore, the military’s top secret combat bow, and an arsenal of over powered arrows, you will need to fight your way through an enemy armed with high-tech weaponry, armored mechs, attack drones, and a host of biological secrets yet to be uncovered in the remnants of a city on the brink of ruin.

According to Phaser Lock, the game is a “full-tilt, no-holds-barred [game] that gives players adrenaline-packed arcade style gameplay, built from ground-up for virtual reality. Experience urban warfare as never before by immersing yourself in this frenzied fight for survival.”

With elements of VR arcade style gameplay, a crazy arsenal of different arrows, arcade-shooter movement style, and active VR elements, Twisted Arrow features a fully immersive 4-6 hours of playtime across 6 unique levels. Twisted Arrow is currently available for its sale price (25% off), but remember, it’s only for a limited time —  don’t snooze on this deal if you’re thinking about purchasing! It is available on the Oculus Store here.