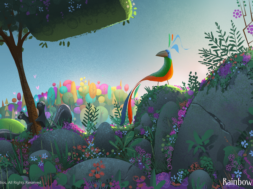 The Tribeca Film Festival is one of the most grand events of the year where directors and storytellers gather to present their creative projects. There are hundreds of films featured at the festival including stories told in virtual reality. And amongst the many were a few stories that whisked us off our feet. One of them happened to be Rainbow Crow by Baobab Studios.

This wonderful, creative VR story is based on a folktale Lore from the native Lenape Tribe describing a hero’s journey of self-sacrifice. A beautiful rainbow colored crow with a voice blessed from the heavens is chosen to save an animal community that is clouded with darkness and cold.

We had the pleasure of trying out a demo of Rainbow Crow during Tribeca and the story was very compelling to say the least. Everything in this VR space was like it had been touched by magic. From the trees, to the animals, to the sound echoing across the forest, it made you want to be in the story. The team has also added in the factor of being able to interact with the environment. With the use of the motion-tracked controllers you were able to hold two pieces of branch and shake it, releasing snow. 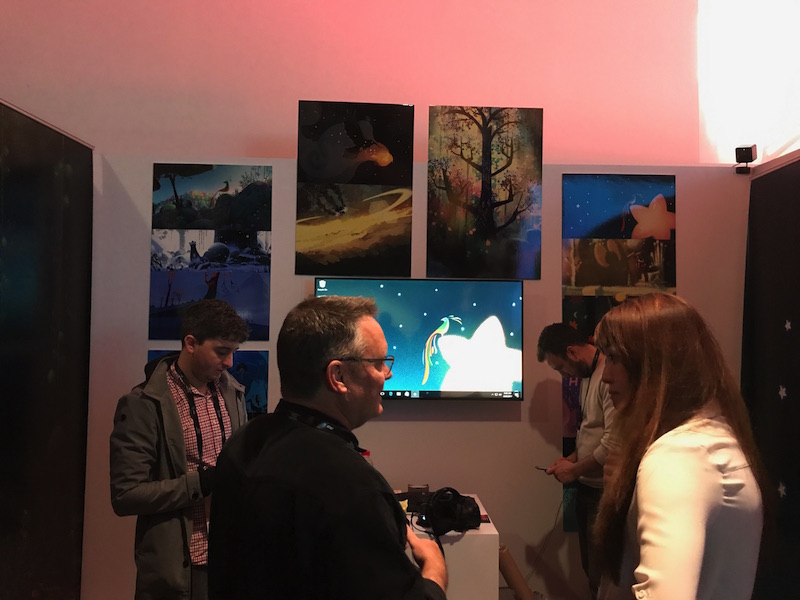 Earlier last week we mentioned that Rainbow Crow will be voiced by none other than John Legend. He will be joined by Diego Luna (Rogue One: A Star Wars Story) who will be voicing Moth and Constance Wu (Fresh Off the Boat) who will voice the character Skunk. These animals are Rainbow Crow’s companions who help him along his journey to save the forest.

“We are thrilled that Diego Luna and Constance Wu feel that Rainbow Crow is an important story to tell and have come on-board” says Maureen Fan, CEO and co-founder, Baobab Studios. “Rainbow Crow is a tale about sacrifice, diversity, and self-acceptance, so we are proud to have an incredibly distinctive cast of talented storytellers who share our values. We can’t wait for audiences to experience what these wonderful actors have created. “

Rainbow Crow will be released in a series of chapters, “roughly 4 to 5,” according to Larry Cutler, CTO of Baobab Studios. The studio plans on releasing the first chapters later this year. 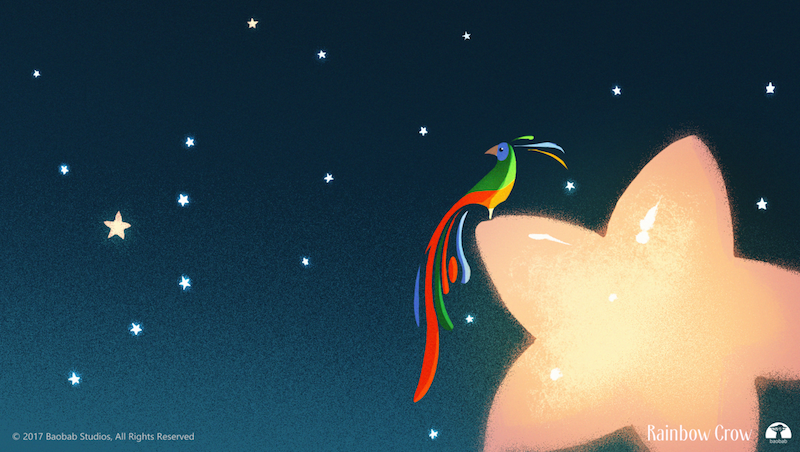 The Rainbow Crow series will be narrated by Randy Edmonds who is the tribal elder of the Kiowa-Caddo tribe. He has been a lifelong crusader for Native American rights and founder of the National Urban Indian Council.

“All Native American tales have a tradition of deep meaning and that’s why we tell the stories, sharing down the generations,” explains Edmonds, who left Oklahoma in 1954 for Southern California as part of the Indian Relocation Act. “When I look at the impact these legends have, the insights they represent, taking that storytelling to a modern medium is extremely exciting. The beautiful VR work being created -inspired by our folklore- is like nothing I’ve ever experienced in my many years.”

We asked Cutler how Baobab Studios first decided to create this story in VR. “This story was brought to us by our Chief Creative Officer, Eric Darnell. He brings 20 years of storytelling experience and featured film directing experience. He’s developed about a dozen different projects that we’re slowly bringing into productions and turning into reality in VR.”

The CTO also mentioned the styling of the Rainbow Crow story. “One of the things that was really important to us was creating a storybook look. We really felt like this piece would be even more amazing if it felt like you were diving into a children’s storybook and having this dream like quality. And what that ended up translating to from the brain of our art director is having a world that is unlike other VR projects today which are typically hard-edged and skewing towards a realistic look. This (Rainbow Crow) would have a soft look. Everything is soft-edged and dithered and also has a very theatrical look.”

The Boabab team also told us that Rainbow Crow will be available on “all the major platforms” including the mobile platforms like Gear VR. we look forward to seeing more of the story in the near future.