Travel To The Future In ‘Kamile: The Fall’ 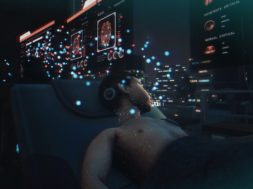 Travel To The Future In ‘Kamile: The Fall’

When we think about the future, its hard to predict what it really will be like. But for Bartosh Polonski and Gluk Media, they have their own ideas about it portrayed through their VR experience called “Kamile: The Fall.”

Created as an interactive narrative, Kamile: The Fall will take you to year 2084 where you explore a family’s aspiration in living a fulfilling life while facing the reality of constant work and slavery for digital economics. At the time, the job market is already dominated by AI.

To make a living, people are forced to lend their brainpower for Neural Mining processes and further empower AI capabilities. You’ll assume the role of Kamile, wife of a genius scientist looking to develop a new generation of AI. When work-related tragic incident turns into family drama, Kamile is forced to fight in order to protect her son and his secrets. Her story will be told and relived in several narrated VR chapters.

The unique thing about Kamile: The Fall was that it was developed by a coalition of independent video game and film industry professionals.

This pilot narrative VR episode will last around 15 to 30 minutes depending on all the interactions you choose. People interested in this VR experience will be able to purchase it for $4.99 on the Index, Vive, and Rift.

Kamile: The Fall was also co-financed by the Lithuanian Film Centre to invest in the creativity of VR.

tags: future vr game kamile: the fall narrative vr game
previous Take On Some Spooky Ghosts In Spectro
next A New Zelda: Breath Of The Wild VR Project In The Works
Related Posts