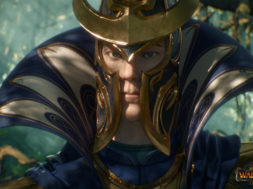 Sega has announced today the release of Total War: Warhammer 2 for Windows PC. This is the second installment in the franchise where players can take a journey across the New World directly into the midst of battle.

Total War: Warhammer 2‘s rich narrative, depth and variety of gameplay has already won critical acclaim and players around the world are now embarking on their own campaign across the breadth of the New World.

“We’re delighted that the second game is scoring higher with critics than the first and are looking forward to fans playing the game for themselves,” said Game Director Ian Roxburgh. “We’re always keen to hear fan feedback and that will form an integral part in our plans for upcoming free content and the third title in our trilogy.”

Sega has also launched this new 360 trailer which allows users to fly above the vast expanse of the new world and its varied locales. You will be dropping into the heart of intense battles surrounded by hundreds of enemies, and dive deep below the surface of the world into a Skaven stronghold. You can also view this video on one of the mobile VR headsets with the YouTube app.

Shortly after the launch of Total War: Warhammer 2, Sega has stated that a big update will be made available to owners of both games, for free. An entire new campaign map will enable players to conquer both the Old and New Worlds as any race from either base game or any owned DLC races.

Total War: Warhammer 2 is currently available on Steam for $59.99. This is one of the most epic war games available today which allows you to control massive armies. If you are a fan of epic war scenarios, make sure to give this newly released title a go.