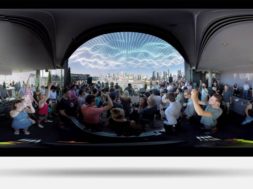 While most of us have the pleasure of conveniently watching, reviewing, and judging 360 VR videos, we don’t quite see the dedicated work that goes behind in producing quality content. There are layers upon layers, which producers must edit in order to bring videos to life. And this dramatically increases in difficulty when you have to deal with post production work in 360 content. But to make life a little bit easier for content producers, a Toronto based startup, Torus Media, has come up with a solution called Canvas 360.

This redefining software and tool helps editing and post production work on 360 media content a lot easier. Torus Media is focused on providing a solution to content creators where they have access to a simple but powerful platform. In fact, Canvas 360 has become so vital to the industry that Adobe signed an official partnership with Torus Media to provide it as one of the main solutions for 360 post production on After Effects.

Aden Bahadori, Founder and CEO of Torus Media Labs and Mike Sevigny, CTO of Torus Media Labs come from humbling backgrounds. As described, Sevigny started using After Effects since the age of 12 where he experimented with different variations in post production work. He worked closely with the Adobe team in improving their products and came to create their own post production tool. The Adobe team was so impressed with the software that they signed an official tech partnership with the company, which has gotten them to where they are today.

“Our focus is simplifying post production in 360 media,” said Aden Bahadori to VR & FUN. “My business partner and developer is a long time After Effects user. When he was commissioned to do some VR VFX work, late last year, he couldn’t due to lack of tools and workflow. In one month he built a prototype of Canvas 360. Fast forward, we are Adobe Tech partners and have multiple distributors. We continue to build tools and workflows. The both of us have over 20 years experience in post production management and workflow design.”

There are currently two versions available for Canvas 360. The first one is called Canvas 360 Lite which is free to the public. This version helps accomplish the basic tasks in post production for 360 content but is limited to tools and features. You wont have access to functions such as tracking or stabilization.

The next version is called Canvas 360 Pro which costs $399. This flagship package comes with all the bells and whistles you need to make quality 360 content.

CANVAS 360™Pro is a workflow inside of Adobe After Effects enabling users the ability to composite 360˚ footage/renders together with traditional After Effects layers and non-360˚ footage/renders. Built on a complex architecture under the hood, it offers a surprisingly simple and coherent interface to make ease of almost any 360˚ task. The workflow is complete with highly customized tools that work seamlessly alongside After Effects’ powerful motion graphics & compositing tools. CANVAS 360™Pro also facilitates the integration of 3D packages by merging any tracked or animated After Effects camera into a 360˚ project. Designed for users to create 360˚ experiences using conventional visual effects tools, CANVAS 360™Pro’s functions are familiar and easy to learn. 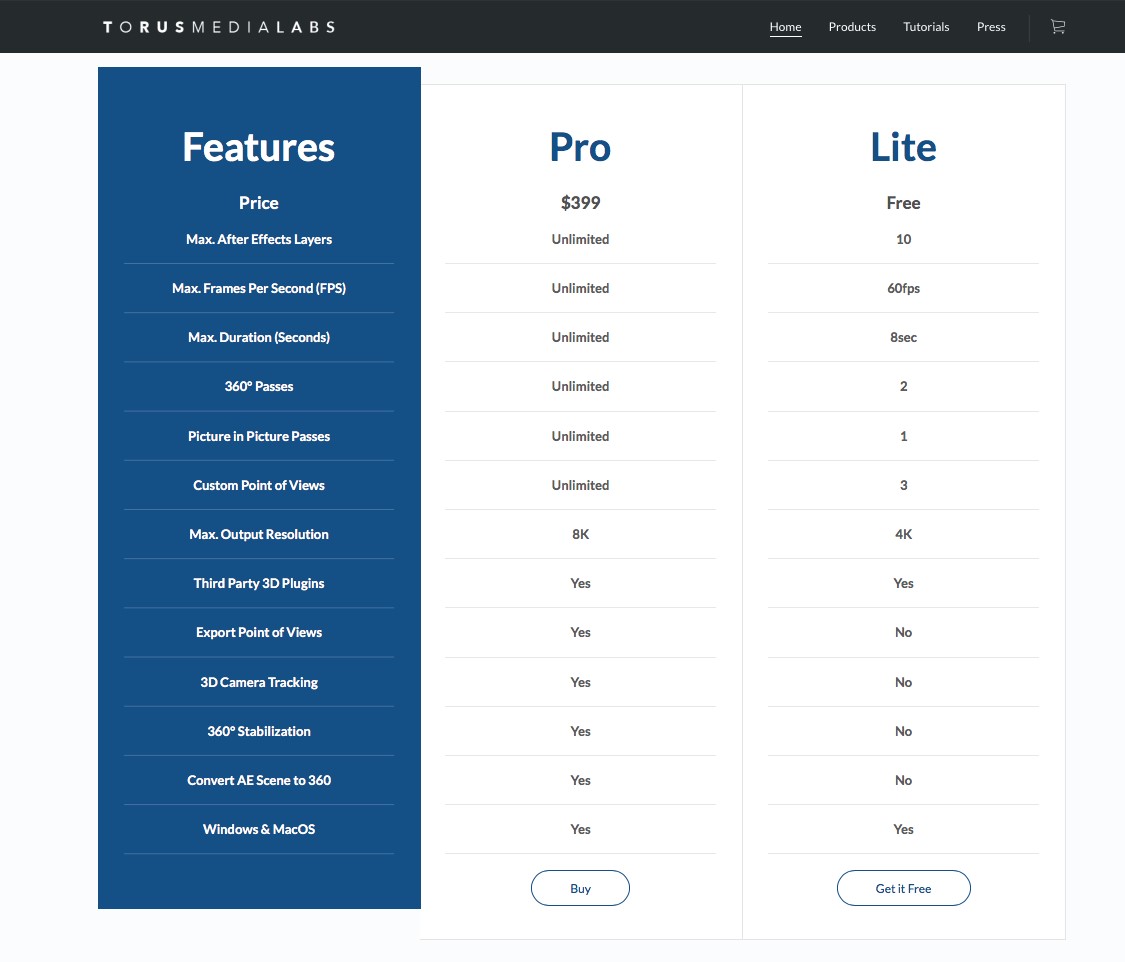 “In a nutshell, Canvas 360 extends your After Effects and its capabilities in 360,” stated Bahadori to VR & FUN.

If you’re one of the brave few individuals working on 360 VR content, Canvas 360 might just be the tool for you. The Torus Media Labs team will be at this year’s NAB (National Association of Broadcasters) show taking place on April 22 – April 27 in Las Vegas. There will be a special announcement in regards to Canvas 360 so stay tuned!