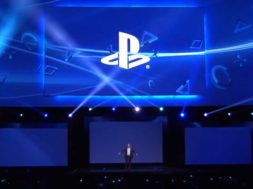 To celebrate the one-year anniversary of PlayStation VR, Sony has launched a PS VR celebration to commemorate its recent achievement. They are over a hundred VR titles available on the platform and Sony have marked down prices on a bunch of those VR games.

Below is a list of top VR games on sale for PSVR during the Celebration Sale:

Job Simulator is been one of the most iconic games in the recent VR era. Created by the talented folks at Owlchemy Labs, Job Simulator allows you to work in various simulations alongside some witty co-workers and customers.

Key Jobbing Features:
● Throw a stapler at your boss!
● Learn to ‘job’ in four not-so historically accurate representations of work life before society was automated by robots!
● Use your hands to stack, manipulate, throw, and smash physics objects in an inexplicably satisfying way!
● Aggressively chug coffee and eat questionable food from the trash!
● Use the confluence of decades of VR research to accurately track your every movement so that you eat VR donuts, of course!
● Able to juggle tomatoes in real life? Do it in VR! Unable to juggle? There’s no cleanup required in VR!

Sparc is a competitve VR esports game that physically and mentally challenges you to in unique virtual reality setting. Players will compete in fast-paced, full-body VR gameplay and connect in an online community.

• Compete online in one-on-one multiplayer matches against friends or via matchmaking
• Practice your skills by testing yourself in single-player challenges and trials
• Customize your avatar with a wide variety of visually striking and attention-grabbing options
• Watch matches in-person and queue for the next match in VR through Courtside, a freeform social area for spectating in VR
• Choose between rookie-level and pro-level difficulty game modes
• Try out different arenas: start on the practice court, then switch over to the stadium court
• Track your performance with gameplay data, including stats on wins, accuracy, and more

Resident Evil 7: Biohazard has been one of the most popular VR games available to date. In this Resident Evil experience, you’ll embark on an epic adventure following the story of Ethan Winters as he searches for his missing wife.

Capcom has confirmed that it’ll be releasing Resident Evil 7’s Not A Hero DLC and Gold Edition on December 12th in the US and European markets. They have also stated that the new DLC and the new End of Zoe campaign can be played in VR (though we don’t know how much of it).

In Statik, you wake up from a faded vision to see that your hands are locked inside a contraption. Upon looking around you see a mysterious figure in a lab coat. When you start to take action in solving the cube, the stranger starts to study your moves. And when you get stuck at certain points, this person starts throwing you hints in a sarcastic manner. With the PlayStation dual shock controller, you start feeling the sense of your hands actually being trapped within the cube.

While your hands aren’t physically trapped within a contraption, looking down at it in the virtual world still stimulated that feeling of anxiety and fear.

In Dick Wilde, you’ll be battling evil rotten animals of the swamp and deep waters with custom weapons and ammunition . These animals have a rotten vengeance out for you and you must defeat them before they take care of you.

Farpoint was the reason why PlayStation created the PSVR Aim Controller for the console. Farpoint is a VR FPS game where you’ll be shooting down hostiles in an immersive VR environment using your PS VR Aim Controller. Your mission is to reunite with the scientists and escape the desolate planet.

Explore and discover the secrets of the planet, blasting your way through hordes of indigenous and alien life as you keep moving to survive.

While Star Wars: Battlefront doesn’t feature a full length VR experience, you’re still able to use the virtual platform to engage in a dog fight in outer-space. Using your PS VR headset you’ll be engaging in a dangerous space combat against the enemy forces. It’s quite an exhilirating experience as you get to sit and pilot the iconc X-wing Fighter space ship.